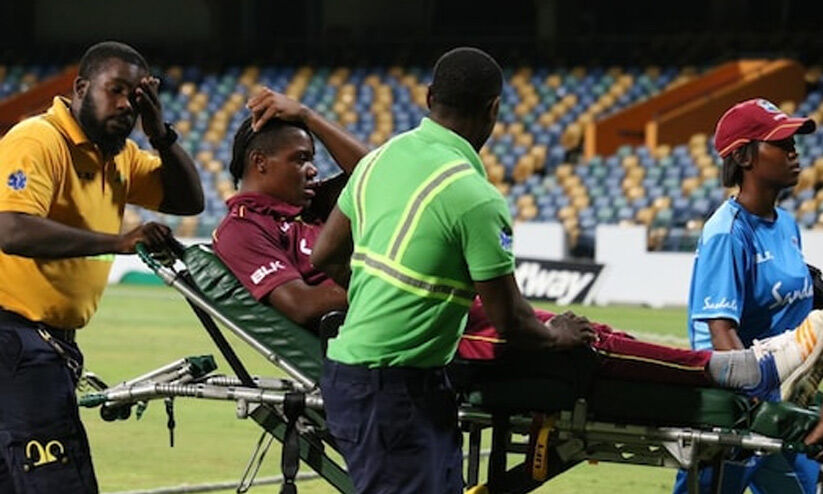 Henry, who was initially confused, was taken outside for treatment and 10 minutes later the Nation fell ill. Surprisingly, despite all these incidents, the authorities continued to compete. Although the cause of the accident is not clear, the authorities said that the health condition of both the players is satisfactory.

The hosts won the match by seven runs under Duckworth-Lewis rules in Antigua on Friday. Batting first, the Windies scored 125 for six. In reply, Pakistan scored 103 runs in 18 overs. With one match left in the win, the Windies won the series. The last match of the series is on July 4.

* UPDATE *: Both Henry and Nation are conscious and stable at hospital and are being assessed.