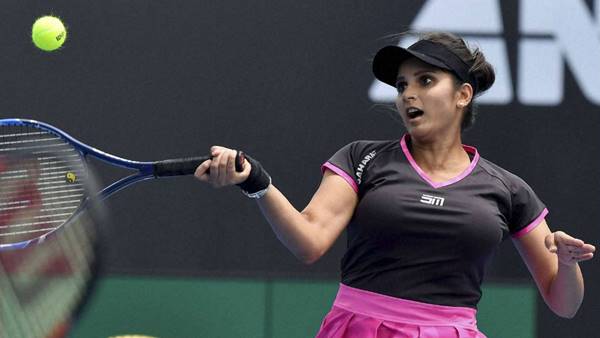 Sania Mirza, who is set to play her first Wimbledon match since 2017, has made a great start. The 34-year-old Sania is aiming for her second title at the Wimbledon Women’s Doubles. Sania had previously won the Wimbledon doubles title in 2015. Sania has also won doubles titles at the Australian Open and the US Open. She reached the final of the French Open in 2011 but failed to win the title.

Competing in mixed doubles, Sania has won the Australian Open, the French Open and the US Open. He played in the quarterfinals three times at Wimbledon but failed to win the mixed doubles title. The Indian woman has yet to win a Grand Slam title in singles.

The couple had a baby after marrying Pakistani cricketer Shuhaib Malik. After this, Sania, who had been away from tennis for a while, has since made a strong comeback. Winning the doubles title at Wimbledon will be a turning point in Sania’s career.

Meanwhile, in the men’s doubles, Rohan Bopanna and Divij Sharan were eliminated in the first round. The defeat of the Indian alliance was for straight sets. The Bopanna alliance was paved by Finland’s Henry Continen and France’s Edward Roger Vasilin. The match lasted for an hour and 22 minutes. The score was 7-6,6-4.

In the singles, Alexander Serov, Medvedev, Marion Silich and Roger Federer all advanced to the second round. Andy Murray, Novak Djokovic and Andy Murray are all in the first round today.