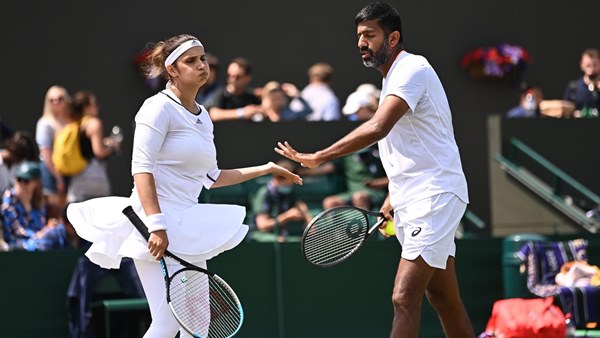 Djokovic, who has been in excellent form recently, has won the Australian Open and the French Open this year. A five-time Wimbledon champion, he last won the Wimbledon title in 2019. The 34-year-old Djokovic has already won 84 titles.

Meanwhile, former world number one Andy Murray of Britain has been ruled out of the tournament. Murray, 34, was beaten by 12th-ranked Denis Shapovalov of Canada. Shapovalov’s victory was for straight sets. The match lasted two hours and 36 minutes. Score 6-4,6-2,6-2. Murray is currently ranked 118th in the ATP rankings. Murray also won the Wimbledon title in 2013 and 2016.

In the women’s singles, Carolina Pliskova of the Czech Republic advanced to the quarterfinals. Carolina, ranked 13th, advanced to the pre-quarterfinals after beating 87th-ranked and native Theresa Martinkova. Carolina’s victory came in straight sets after an hour and 39 minutes of fighting. The score was 6-3,6-3.

In the mixed doubles, India’s Sania Mirza and Rohan Bopanna advanced to the second round. The Sania-Bopanna duo defeated India’s own Ramkumar Ramanathan-Ankita Raina duo. Sania and her team won the straight sets. The match lasted only an hour and 11 minutes. Score 6-2,7-6. In the women’s doubles, Sania and her team advanced to the second round yesterday.