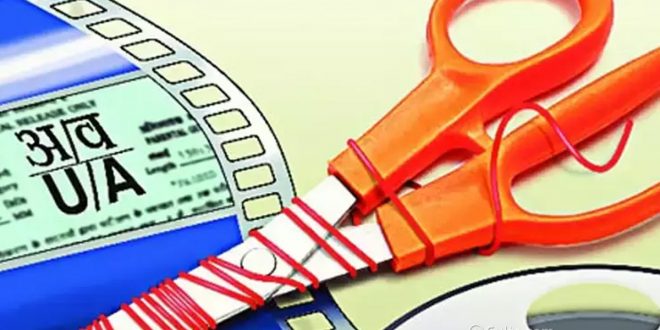 Striking a blow to freedom of expression, the Indian government has announced its intention to introduce the new Cinematograph Amendment (Bill) 2021. This new bill proposes to amend the Cinematograph Act of 1952 with provisions which will give the central government the power to review films that have already received a favorable opinion from the Censor Board for Film Certification (CBFC).

The law indirectly means that the government can ban or take action on any film that has obtained permission from the censorship board. Many celebrities from various film industries are speaking out against this bill. They are asking people to sign a petition against this.

From Bollywood, people like Anurag Kashyap, Hansal Mehta, Farhan Akhtar, Shabana Azmi, Dibakar Banerjee and a few others signed an open letter asking the government not to enforce this bill.

Even the celebrities of the Tamil film industry have also started to raise their voices. Kamal Haasan, Suriya, Gautam Menon and PC Sreeram took to social media to oppose the government’s proposal.

“The cinema, the media and the literate cannot afford to be the three iconic monkeys of India. Seeing, hearing and talking about impending evil is the only remedy against attempts to undermine and weaken democracy. Please take action, express your concern for freedom and liberty. @MIB_India # cinematographact2021 #raiseyourvoice, ”Kamal Haasan tweeted.

“The law is to protect freedom of expression… not to strangle one’s voice… # cinematographact2021 #FreedomOfExpression,” Suriya wrote.

Gautam Menon said: “The proposed amendment to the Film Act, if implemented, will deal a blow to freedom of expression in art.

Cinematographer PC Sreeram said: “Free speech laws are meant to protect it, not to strangle it. The cinema fraternity is expected to strongly oppose the proposed amendment to the #cinematography law. “

While people from other industries are raising their voices, people in the Telugu film industry remain silent on the issue. Tollywood is one of the largest industries in the country which produces a large number of films and generates a large amount of income each year. He has big stars of national influence like Chiranjeevi, Balakrishna, Nagarjuna, Venkatesh, Mahesh Babu, Pawan Kalyan and Prabhas. None of them spoke about the matter.

It is not the first time that the actors of Tollywood have tried to play a safe game in the political questions of cinema. They always do the same. They are trying to be in the right books of the ruling party and to follow the course of events. Perhaps this is the reason why we lack revolutionary films and filmmakers capable of questioning society.

The only Tollywood celebrity who has opposed this bill is Ram Gopal Varma, who posted a series of tweets this morning. He wrote: “Can it be shown or does it have to be cut?” the age-old debate over CENSORSHIP continues … The truth is that censorship in any form only serves the government to be seen in a good light. The only real censorship for an individual is that they have a choice not to see the film, and that choice should only be made by them through the way the filmmaker has presented the subject to them through a campaign. It is an insult to all the millions of people that a handful of people can claim to protect millions of people from the evils of what is being shown on the screen by CENSORING it.

“At best, the government should be responsible for making all moviegoers aware of the specific elements of film content, just as it does for the ingredients of a food or a drug. The logic of the government is that people are smart enough to vote but are stupid enough not to know what to see or not see in the cinema, ”he added.

As the debate intensifies and many celebrities join the movement, we need to see if our Tollywood “heroes” are raising their voices or remaining silent as usual.