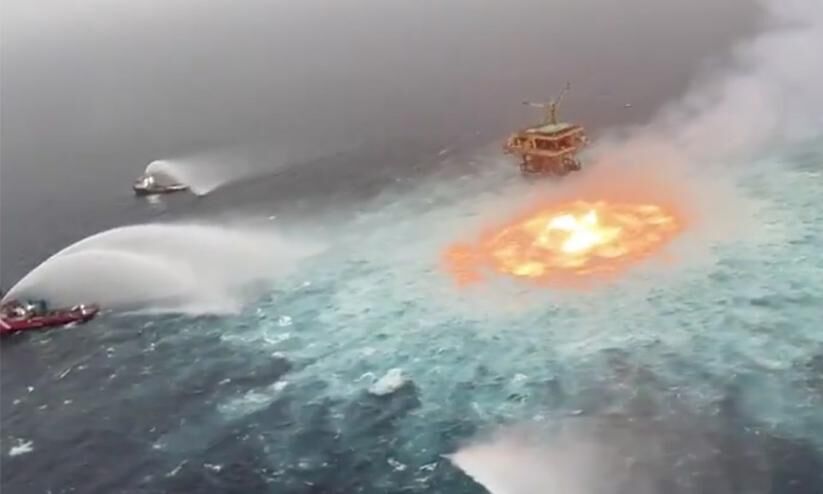 MEXICO CITY: Can you believe the sea is on fire? It will be a little difficult. But a fire broke out Friday morning at sea level west of the Yucatan Peninsula in Mexico.

The fire was caused by a gas leak from a pipeline under the sea. The video, which caught fire on the surface of the ocean, went viral within seconds.

It is hard to believe that this video is real. But it is. The ocean is on fire in the Gulf of Mexico after a pipeline ruptured. What you can see are ships attempting to put it out. pic.twitter.com/VRcBmLGPsg

The fire broke out in a pipeline connecting one of Pemex’s’ most important platforms to the Maloob Sap Oil development. The cause of the fire is not clear. The company said no other accidents were reported and no production or project was affected.

The fire broke out around 5.30 am local time. The fire was completely extinguished by 10.30 am. The cause of the fire will be investigated, officials said.