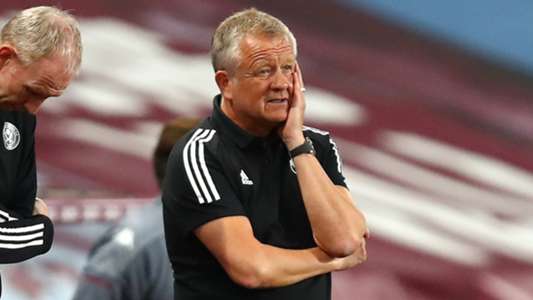 Sheffield United manager Chris Wilder has admitted he wouldn’t be surprised if his team’s game against Crystal Palace on Saturday is postponed due to an increase in the number of coronavirus cases.

The UK has seen a dramatic increase in the number of positive coronavirus cases in recent weeks, and several Premier League games have been called off as a result.

Tottenham’s fixture with Fulham earlier this week was the last game to be postponed due to cases in the Cottagers’ squad, while Sheffield United’s clash with Burnley unfolded despite positive tests among players and Blades personnel.

Wilder’s team was tested on Thursday and the results will be released on Friday.

Although no new people are showing symptoms, Wilder believes that given the increase in the number of cases in the country, he would not be surprised if the Palace game were to be postponed.

“I think the way he’s sweeping the country I wouldn’t be surprised,” Wilder said in response to whether he thought the game at Selhurst Park could be called off. “It starts to develop. Obviously after Christmas time too.

“I wouldn’t be surprised with the series of tests now that there will be more positive tests across the country in professional football and the Premier League.”

There have been calls for a circuit break to bring the situation under control. Wilder has not given his opinion on such action, but said it would be governed by Premier League guidelines.

“It has obviously accelerated enormously and the speed of what has happened over the past eight weeks has changed the situation in the country,” he said. The League wants us to do. “

Wilder’s Blades back the Premier League with two points in 16 games and are the only team in the division without a win to their name.

It’s a dire situation, but Wilder is hopeful his squad can be strengthened during the January transfer window.