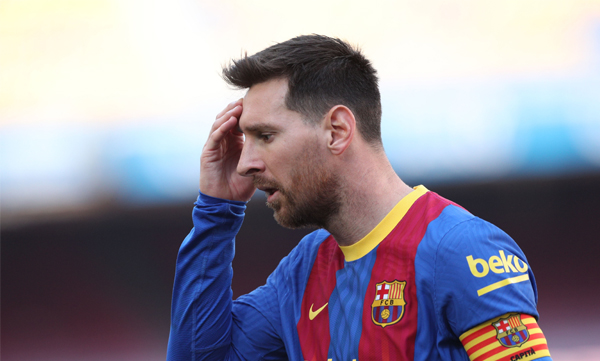 Madrid: The contract between the Spanish football club Barcelona and the Argentine superstar Lionel Messi has come to an end.

Once the contract expires, Messi will be able to move to another club without compensation. The superstar tried to leave Barcelona last season but decided to stay after demanding a large sum of money in compensation. There is only speculation as to what kind of bill Messi will be in next season. Messi has a contract to play for Barcelona until June 30, 2021. The giants, including Manchester City, are following Messi. Messi is currently playing for Argentina in the Copa America.

Messi is likely to sign a new contract with Barcelona. Argentina’s teammate Sergio Aguero has been linked with a move away from Messi. Messi’s salary is expected to rise sharply in the new deal. Barcelona are in talks with Messi for a new two-year deal.

At present, Messi is paid around Rs 6 crore a week. It is not certain whether the financial crisis caused by the Kovid-19 virus epidemic will lead to a large increase in rewards. Spending more money on Messi will also hamper the arrival of new players.

Messi is not happy with the current situation at the club. The omission of teammate Luis Suarez from Uruguay and differences of opinion with former club president Joseph Maria Bartomeu led to dissatisfaction.

Bartomeu’s successor John Laporta is in favor of keeping Messi. He reiterated yesterday that the new contract would be ready soon. Messi’s absence from the final home game of the La Liga season against Celta Vigo has created a series of rumors. Barcelona finished second with a 2-1 loss to Celta.

Messi’s decision will be made after learning of Barcelona’s promises. Failure to retain the player will result in a huge loss for Barcelona. Many, including Manchester City coach Pep Guardiola, have said Messi wants to stay at Barcelona throughout his career. Manchester City, who have won the English Premier League, have yet to win the Champions League. They lost to Chelsea in the Premier League in the final. There are no City fans who do not want Messi to make the team.

The closeness between Guardiola and Messi has been a source of hope for fans since he took over as Barcelona coach. Messi has already been linked with a move to French club Paris Saint-Germain. Messi equals Xavier Mashrano’s record of 148 appearances for Argentina. Messi has scored 75 international goals. Messi, who joined Barcelona’s senior team in 2004, has scored 474 goals in 520 appearances so far.