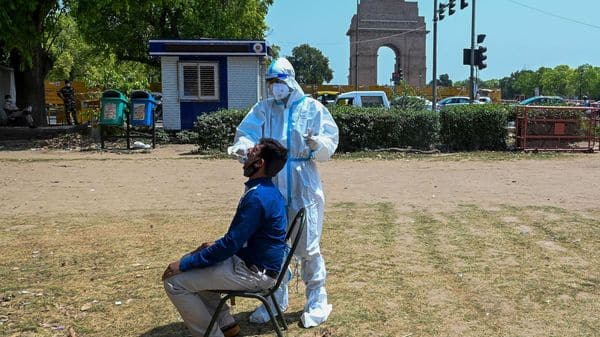 The second wave of the Covid-19 pandemic appears to be progressing rapidly across the country, with several states recording a sharp increase in the number of cases. Maharashtra continues to be the worst affected state. “Six states – Maharashtra, Punjab, Chhattisgarh, Karnataka, Gujarat and Madhya Pradesh continue to report an increase in new daily cases of COVID. 79.57% of new cases are reported in these 6 states, ”the Union Health Ministry said on Saturday.

Covid-19 restrictions: what Maharashtra, Delhi and Gujarat are doing

1) Amid an increase in the number of Covid-19 cases across the country, the government of Maharashtra has tightened Covid-19 restrictions in the state until April 15.

Public places like beaches and gardens will remain closed from 8 p.m. to 7 a.m. starting March 27 at midnight. ₹1000 per head.

“All public places, including gardens and beaches, will remain closed for the same period and violators will be fined ₹1000 per person. Not wearing a face mask will attract ₹500 fine while the same is ₹1,000 for public sputum, ”according to the order.

In an official notification, the government announced the same.

He said that the holding of social, cultural, political and religious gatherings in the state was totally prohibited.

Auditoriums or theaters should not allow their property to be used for such events, he said.

2) Strict lockdown-like restrictions have been imposed in districts such as Beed, Latur and Osmanabad.

3) The lockdown was imposed in Parbhani district in the Marathwada region of Maharashtra from March 24 to 31.

4) The lockdown was imposed in the town of Nanded from March 25 to April 4.

5) The overnight lockdown of Aurangabad was imposed until April 4.

6) Social gatherings of all kinds have been banned until April 30 across the state.

7) Mumbai Mayor Kishori Pednekar announced on Saturday that residential companies with at least five cases of COVID-19 would be sealed by the Brihanmumbai Municipal Corporation (BMC).

“The nighttime curfew in Mumbai can start from 10pm or 11pm on March 28. Hotels and pubs will remain closed during the nighttime curfew. Only essential services will be allowed. BMC will seal residential companies with five cases or more We see a higher rate of positivity in skyscrapers than in slums and chawls, ”she added.

The government of Gujarat announced on Saturday that a negative Covid-19 RT-PCR test report will be mandatory for those arriving from other states.

“From April 1, people entering Gujarat from other states will be required to submit a negative RT-PCR report (no more than 72 hours),” said Deputy Chief Minister Nitinbhai Patel, Gujarat.

In recent days, Gujarat has witnessed an increase in coronavirus cases, with Ahmedabad and Surat the most affected.

<< In closed spaces, a maximum of 50% of the capacity of the room will be authorized, with a ceiling of 100 people. In open spaces, the number will be allowed keeping the size of the floor / space in view with a ceiling of 200 people. subject to strict compliance with the wearing of face masks, the maintenance of social distancing, the support for thermal scanning and the use of hand-wash basins or disinfectant ”, indicates a press release from the Managing Authority disasters in Delhi.

Previously, the maximum number of people allowed to attend a wedding ceremony in a closed space was 200 while there was no limit for open spaces.

In addition, no more than 50 people can assemble at funeral-related events. These orders will remain in effect until April 30.

In an earlier order, celebrations and gatherings in public places and religious sites in the capital are prohibited for Holi, Navaratri and Shab-e-Barat.

DDMA also said that people arriving at the airport, train stations and bus terminals will be randomly tested. “All district disaster management authorities should conduct random testing (RAT / RT-PCR) of passengers arriving from states where Covid-19 cases are increasing, at all airports, train stations, interstate bus terminals (ISBT) and other points of descent. (for private buses) in Delhi NCT, ”the ordinance says.