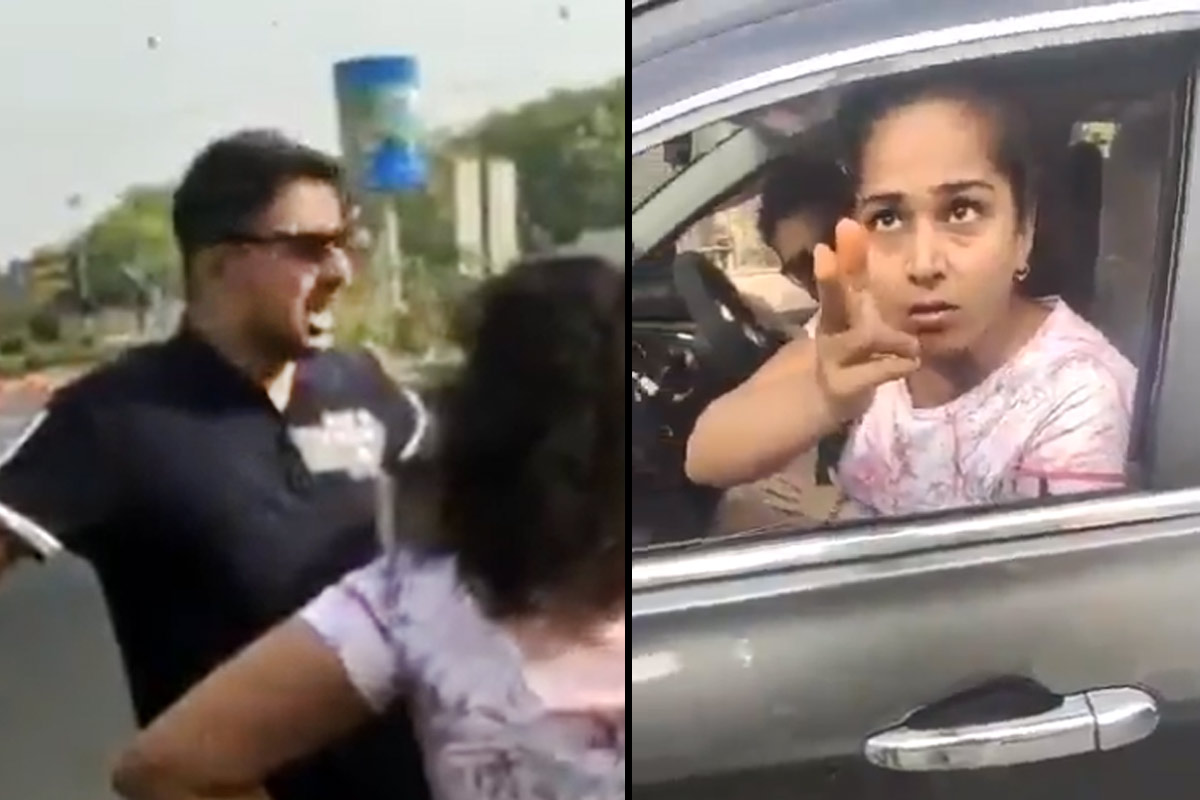 The couple were filmed misbehaving with and mistreating Delhi police officials after being arrested for not wearing masks.

A Delhi couple – Pankaj and Abha – were filmed misbehaving with Delhi police officials after the two were arrested for not wearing masks on Sunday in Daryaganj, central Delhi. Video of the incident where the couple, especially the woman, were heard yelling at police has gone viral on social media. While the man was arrested on Sunday, his wife was later arrested.

In the video released by Delhi police, the woman, who was sitting inside the car with her husband, was heard yelling at the police and calling them “beggars” because they asked her to carry a mask. The woman even shouts, “What will you do if I kiss her now?”

The man also shouts at the police, “Can’t you see I’m sitting alone with my wife in the car?” and also asks: “If there really had been a coronavirus, wouldn’t it have entered through our eyes or our ears?”

The woman also laughs at the police, “make a video, and if you have guts, upload it.” The video was shared by Delhi Police and quickly went viral.

Watch the video released by the Delhi Police:

#LOOK | A couple misbehaved with Delhi Police personnel in the Daryaganj area earlier today after being arrested and asked why they were not wearing masks.

“An FIR under different sections of the IPC has been filed against them,” police said.

Police have registered a case against Pankaj and his wife Abha, residents of Patel Nagar in central Delhi. Delhi has witnessed a massive increase in coronavirus cases in recent days. They were taken to Darya Ganj police station and both were arrested, police officials said.

Interestingly, while speaking to the media when he was taken to the police station, the man, Pankaj, told reporter Aaj Tak, blamed his wife and said he was instigated by his wife.

“The problem arose because of my wife. She instigated me and we ended up behaving badly, ”we heard the journalist say. When asked if it was okay to call the police “beggars”, Pankaj replied that it was his wife who had done it and that it was a mistake. “When we were in the car, I told her we had to wear our masks, but she refused to wear one and didn’t let me wear a mask either. We were arguing over it, ”Pankaj said.

Delhi has reported a growing number of COVID-19 cases, prompting Delhi’s chief minister to announce a 6-day lockdown in the nation’s capital.