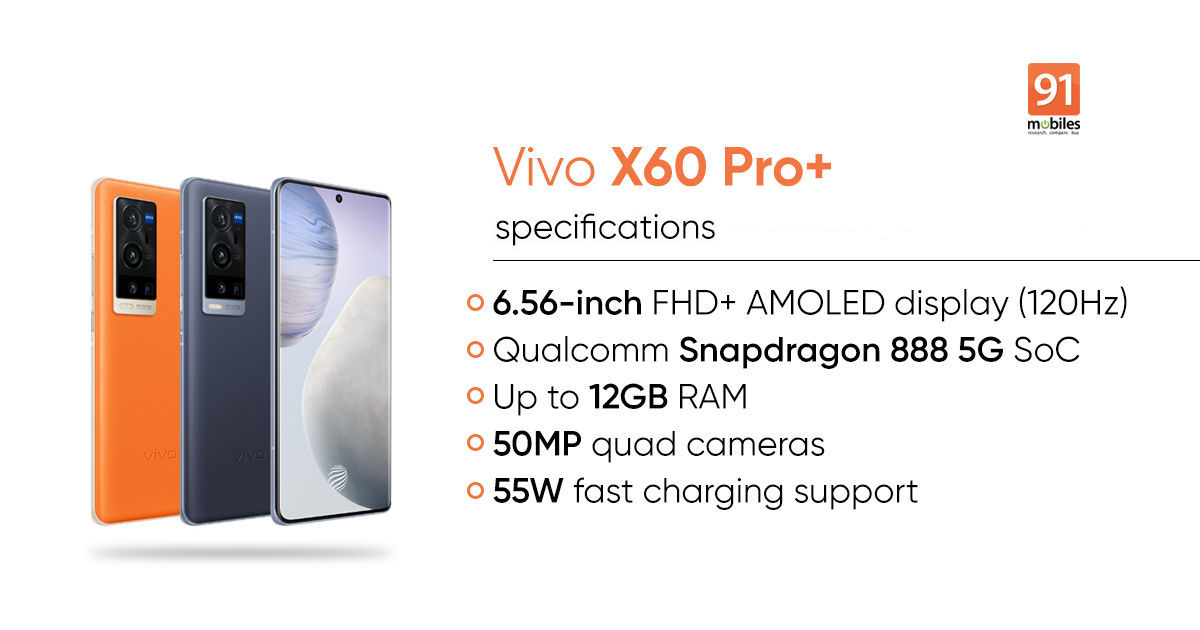 The Vivo X60 series launch date in India is set for March 25, the company revealed last week. According to previous reports, Vivo X60 global phones will come with Snapdragon chipsets. Now, industry insider Ishan Agarwal has brought to light some more information about the Vivo X60 India models. The tipster revealed the RAM / storage configurations and color options of the three models coming to India. Prices for the Vivo X60, Vivo X60 Pro and Vivo X60 Pro + in India will be revealed next week. The brand is also expected to launch last year’s Vivo X50 Pro + at the event.

vivo seems to really go all out for # vivoX60Series Launch in India.

You can expect at least:

Probably the first time to launch the 3 of their flagship series.

Since the entire Vivo X60 series has already been released in China, we already know what their specifications will be. For starters, we get a 6.5-inch FHD + AMOLED display with 120Hz refresh rate, four rear cameras with Vivo X60 Pro and Vivo X60 Pro + models, 4200mAh battery, fingerprint sensor digital under the screen, etc. However, some of the specifications of the Vivo X60 and Vivo X60 Pro could be changed, as they use a different chipset in India. The Vivo X60 Pro + is powered by the Snapdragon 888 chipset and boasts support for 55W fast charging.