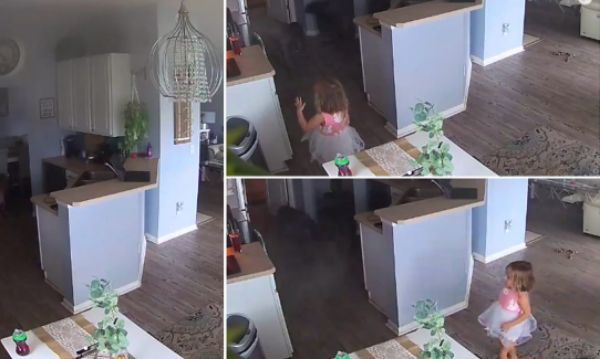 News is coming out of Florida that a great tragedy has been averted by the opportunistic work of a mere four-year-old. Four-year-old Amelia Jermin took the opportunity when her own house began to burn down. The four-year-old girl told her father that there was a possibility of a fire in the house as she saw the fire spreading in the kitchen.

The incident happened when Amelia and her pet dog were playing with the song from the animated film Frozen in the kitchen and the adjoining living room. Seeing the fire spreading in the kitchen, Amelia first went and looked at what had happened. He then ran to his father and informed him that the fire was spreading. Amelia’s father, Daniel Jermin, saw the air fryer on fire. At first he was nervous about what to do but he immediately went to the swimming pool with the air fryer and put out the fire.

‘My daughter guarded my house tonight. Today she is a real hero ‘- Daniel shared a video of the incident on social media. Daniel says the air fryer was used to make chicken nuggets and french fries before the fire spread. Daniel suffered minor burns to his leg in the accident. As the video went viral on social media, many people commented praising Amelia.