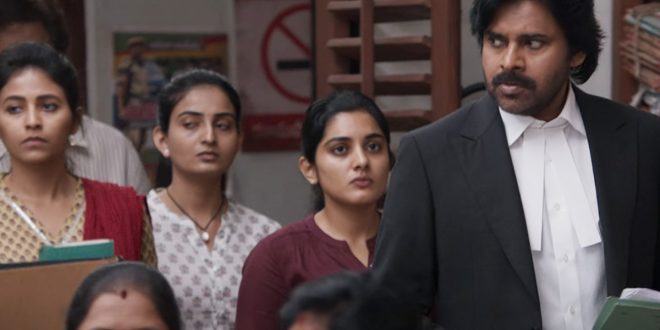 We’re less than 24 hours away from the release of Power Star Pawan Kalyan’s comeback movie, Vakeel Saab. There are a lot of expectations for this film as it marks Pawan’s return to theaters after a gap of more than three years.

Meanwhile, the film unit mentioned that there was a surprise in the second half of the film. Director Venu Sriram also wanted to reveal it during the pre-launch event. But, the fans asked him to keep it going. With too much hype around this aspect, the director worries he is falling short of expectations. So, in the last interview, Sriram Venu himself revealed what this surprise was.

Speaking in an interview, Sriram said there was a special song in the second half of the film. It’s basically a sad song that happens in the right situation. The creators felt that people would connect more if they watched it straight in theaters, and as a result, they didn’t include it in the music album.

Advance bookings largely go on and the film is expected to get huge collections on day one for sure. Vakeel Saab features Nivetha Thomas, Anjali and Ananya Nagalla in the other key roles. Shruti Haasan will be seen in an extended cameo. Thaman S composed the music for the film.