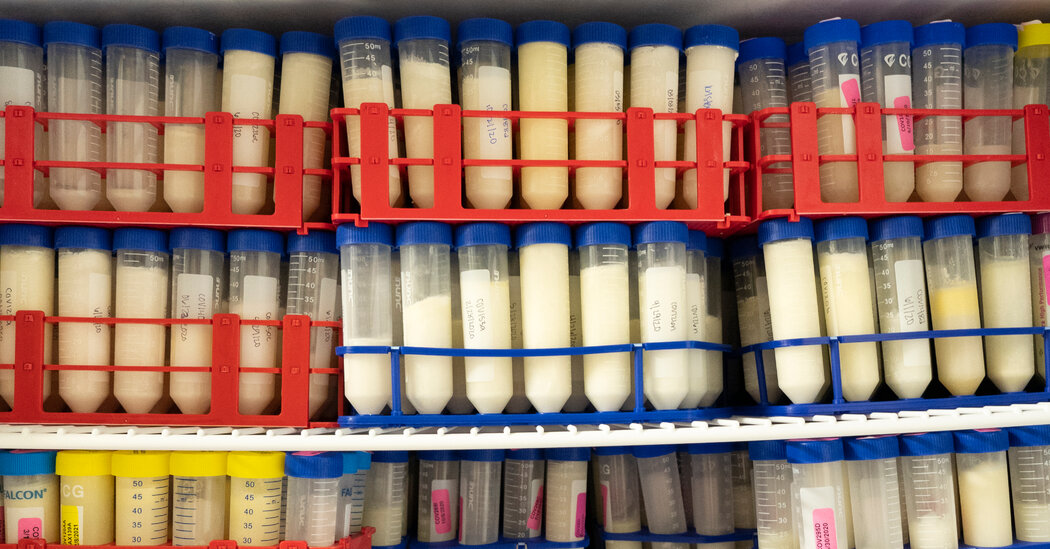 In the first nine months of the pandemic, around 116 million babies were born around the world, according to Unicef ​​estimates. This left researchers scrambling to answer a crucial question: Could the virus be transmitted through breast milk? Some people assumed it was possible. But as several groups of researchers tested the milk, they found no trace of viruses, only antibodies – suggesting that drinking milk may protect babies from infection.

Through a Facebook group, Rebecca Powell, breastmilk immunologist at Icahn School of Medicine in Mount Sinai in Manhattan, found hundreds of doctors and nurses willing to share their breastmilk periodically. In her most recent study, which has not been officially published, she analyzed the milk of six women who received the Pfizer-BioNTech vaccine and four who received the Moderna vaccine, 14 days after the women received their vaccine. second injection. She found a significant number of a particular antibody, called IgG, in each of them. Other researchers have had similar results.

“There are reasons to be excited,” said Dr. Kathryn Gray, a specialist in maternal fetal medicine at Brigham and Women’s Hospital in Boston, who has conducted similar studies. “We’ll assume that might provide some level of protection.”

But how do we know for sure? One way to test for this – to expose these babies to the virus – is, of course, unethical. Instead, some researchers have attempted to answer the question by studying the properties of antibodies. Are they neutralizing, that is, they prevent the virus from infecting human cells?

In a draft of a small study, an Israeli researcher found they were. “Breast milk has the ability to prevent viral spread and block the ability of the virus to infect host cells that will lead to disease,” wrote Yariv Wine, an applied immunologist at Tel Aviv University, in an e -mail.

However, the research is too premature for vaccinated breastfeeding mothers to act as if their babies cannot be infected, said Dr Kirsi Jarvinen-Seppo, head of the department of pediatric allergies and immunology at the medical center of the ‘University of Rochester. Dr Jarvinen-Seppo carried out similar studies. “There is no direct evidence that Covid antibodies in breast milk protect the infant – only evidence to suggest that this could be the case,” she said.