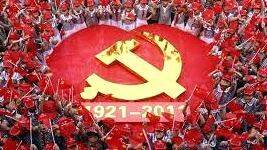 Chen Daxiu and Li Dawao are the founding leaders of the party. The people hoped in the party to break free from the oppressive rule that prevailed at that time. The People’s Republic of China was founded on October 1, 1949, after the Chinese Civil War. The Chinese Communist Party controls all major constitutional institutions in the country, including the Armed Forces, the People’s Liberation Army, and the judiciary.

Party structure
The National Congress, convened every fifth year, is the highest organizing body of the CCP. In the absence of National Congress sessions, the Central Committee is the highest body in the country. All major responsibilities rest with the Politburo and the Standing Committee. General Secretary Xi Jinping, who was elected to the 18th Central Committee on November 15, 2012, is now the ruling party and the country’s head of state.