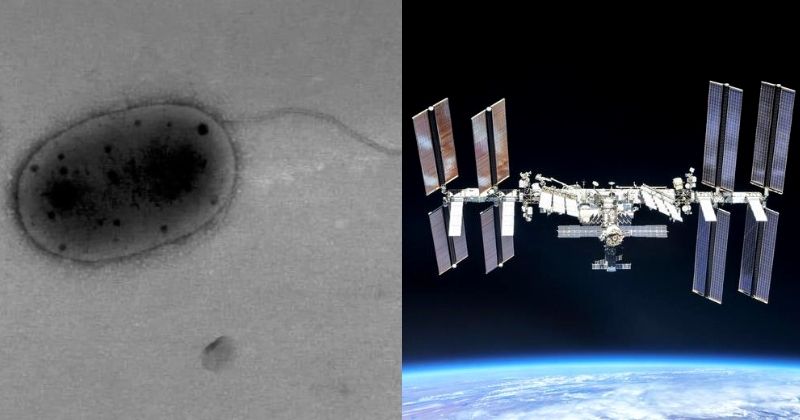 Humans are truly striving to make life in space as close as that of our planet, despite several challenges that present themselves along the way, to create a future for space exploration. This happens in particular through experiments carried out on the International Space Station.

And now scientists believe that three different types of bacteria that have been observed growing on the International Space Station could help them grow food on Mars and in space.

Published in the newspaper Frontiers in Microbiology, the astronauts had collected the four strains of bacteria (then unknown) on the ISS in 2011, 2015 and 2016 as part of an ongoing monitoring program. who asked astronauts to keep an eye on 8 specific sites for bacterial growth.

This is something that has been in practice for a few years now with hundreds of samples returned to Earth. However, the newly discovered strains of bacteria actually belong to a family called Methylobacteriaceae which is also commonly found in freshwater and soil.. It is known to promote the growth of a plant while helping it manage nitrogen and take care of pathogens that could harm it..

Scientists say bacteria could have entered the pristine ISS thanks to the plant-growing experiments that astronauts have been conducting for some time. Researchers believe these strains could help space agriculture because they are strong enough to withstand extreme conditions and don’t require a lot of resources to thrive..

Authors of the study Kasthuri Venkateswaran and Nitin K. Singh declared that these bacteria may have useful genetic determinants that could help astronauts grow food on long-duration space missions, “Grow plants in extreme locations where resources are scarce, isolating new microbes that help promote plant growth under stressful conditions is essential. Needless to say, the ISS is a neatly maintained extreme environment. Crew safety is number 1 priority and therefore it is important to understand human / plant pathogens, but beneficial microbes like this new Methylobacterium ajmalii are also needed. “

Scientists suggest the development of a special device that could allow ISS astronauts to learn about the characteristics of the bacteria rather than bringing it back to Earth for further study: “Instead of bringing samples back to Earth for analyzes, we need an integrated microbial monitoring system that collects, processes and analyzes samples in space using molecular technologies. This miniaturized “space omics” technology – a biosensor development – will help NASA and other space nations achieve safe and sustainable space exploration for long periods of time. “