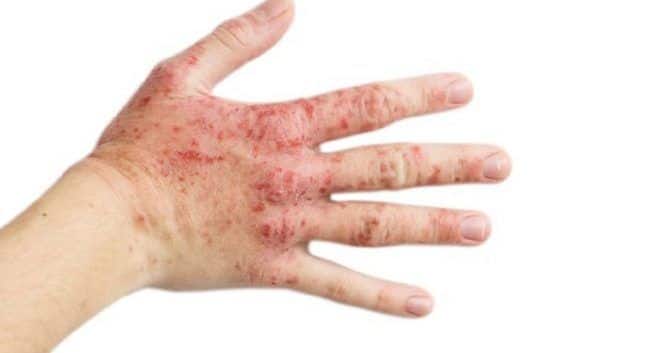 Eczema, or atopic dermatitis, is a skin disorder that is sometimes also called “the itchy rash”. People with this condition must suffer from the itchiness, which begins even before the rash appears. In fact, in many cases, the itchy skin never really goes away. It is a relatively common skin disorder and up to an estimated 9.6 million children and 16.5 million adults in the United States alone suffer from atopic dermatitis. This disease can affect the quality of life of patients. Although doctors today know a lot more about this disease than, say, a hundred years ago, there are still many mysteries about chronic itch. This makes this skin disease a challenge for doctors around the world. Today, researchers at Brigham and Women’s Hospital and Harvard Medical School are offering new clues to the underlying mechanisms of itch. Their study suggests a key molecular player known as the leukotriene cysteine ​​receptor 2 (CysLT2R) that may be a new target for chronic insoluble itching. the Proceedings of the National Academy of Sciences published this study. Read also – Frequent bleaching of the face is not recommended: know why

Chronic itching is pathological and non-protective

According to the researchers of this study, in atopic dermatitis, the itching can be horrible and make the disease worse. Researchers from Brigham and Harvard Medical School collaborated for two reasons: the first is an interest in science and a curiosity about the leukotriene cysteine ​​pathway and the second reason is to understand the cause of itching and its connections to neurons. Researchers from the Center for Immunology & Inflammatory Diseases at Massachusetts General Hospital and the University of Texas at Dallas also participated in the study. Also Read – Dealing With Itchy Scalp? 7 home remedies to get rid of it

According to researchers, an itch is the result of the activity of a subset of neurons. A sharp itch can be a protective response to help you clear something that is irritating the skin. But, according to researchers, a chronic itch is not protective and can be pathological. The underlying mechanism that activates neurons and causes chronic itching is not well understood and new treatment is needed. Also Read – Psoriasis: Why Early Diagnosis and Medication Are Important

Role of neurons in itching

For the purpose of this study, the researchers looked for gene activity in dorsal root ganglion (DRG) neurons linked to itch in mice. They found a striking level of CysLT2R, which was uniquely and highly expressed in these specific neurons. They also found expression of this receptor in human DRG neurons. This led them to focus their analysis on the role of the receptor in itch signaling. Further studies have shown that activation of this receptor induces itching in a mouse model of AD, but not in other mouse models. Mice lacking CysLT2R showed reduced itching. Collectively, their findings underscored the receptor’s key role in causing itching and potentially contributing to AD.

Link between the immune system and the nervous system

According to the researchers, many studies have shown that there is a complex interaction between the immune system and the nervous system when it comes to itching. Cysteine ​​leukotrienes in neuroimmune cross talk lead to itching. Leukotrienes are a class of lipid molecules that originate from white blood cells, such as mast cells, which are involved in allergy and inflammation. Today, the leukotriene inhibitor montelukast, which targets CysLT1R, is used to treat asthma. However, it does not relieve any type of itching. No clinically approved inhibitor of CysLT2R currently exists. While researchers have seen evidence of the receptors in humans, until an inhibitor is developed and tried in humans, the question will remain open whether the new target can lead to therapy for patients. with atopic dermatitis.