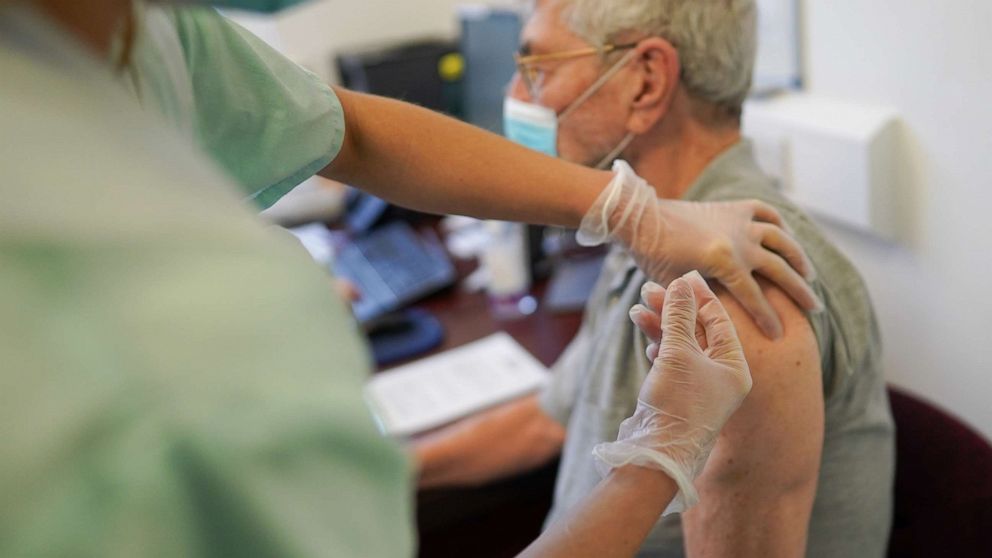 Dr Anthony Fauci has expressed reservations about lengthening the doses.

In a major deviation from vaccine deployments around the world, the UK announced this week that it will change its vaccine distribution plan to prioritize the administration of the first doses of the COVID-19 vaccine, even if that means delaying the second doses.

“Everyone will always get their second dose and it will be within 12 weeks of their first. The second dose completes the course and is important for long-term protection,” the UK government said in a statement. “With two vaccines now approved, we will be able to immunize more of those most at risk, protecting them from disease and reducing mortality and hospitalization.”

Professor Sarah Gilbert of the University of Oxford, senior researcher for the Oxford / Astra Zeneca vaccine, said part of the decision to change the vaccine distribution plan was the severity of the outbreak in the UK , where more than 22,000 people are currently hospitalized, according to the National Health Service.

Because hospitals are struggling, “it was recommended that the first dose be given to as many people at risk as possible,” Gilbert said. “Then come back three months later and give them their second dose, which will maintain the response for a good long time.” The new plan “makes it possible to get lots of people vaccinated quickly so that we can start to have some impact,” she added.

But since clinical trials have been developed around a two-dose regimen, there is not enough data on the immunity offered by a single dose.

“The Pfizer and BioNTech Phase 3 study for the COVID-19 vaccine was designed to assess the safety and efficacy of the vaccine on a 2-dose schedule, separated by 21 days,” Pfizer told MarketWatch.

“The safety and efficacy of the vaccine have not been evaluated over different dosing regimens because the majority of trial participants received the second dose within the window specified in the study design.

Scott Gottlieb, the former Commissioner of the Food and Drug Administration, who now sits on Pfizer’s board of directors, expressed support for prioritizing first doses weeks before the UK announcement.

“I have a very strong belief that we should get as many shots as possible, right away,” Gottlieb told USA Today in early December. “The reality is that a dose is partially protective,” he said. “I don’t think we should hang on to supply now, anticipating something is wrong.”

In contrast, Dr Anthony Fauci expressed caution in an interview with NBC’s “Today Show” on Thursday. From clinical trials, he says, “we know the optimal time to give the second doses is 28 days after the first dose for Moderna and 21 days for Pfizer.”

“If you want to stick with the data, this is the way you should be doing it,” Fauci said. “You can argue, and some people are, about scaling up the doses and giving a single dose and hoping you get a second dose in time.”

The UK’s chief medical officers acknowledged the potential drawbacks of the new plan in a statement released Thursday. “As with all decisions made during this pandemic, it is about balancing risks and benefits,” they wrote. “We recognize that the request for rescheduling of second appointments is operationally very difficult, especially on short notice, and will destabilize patients who are anxious to be fully immunized,” they added. But with COVID-19 plaguing UK communities, they had to act swiftly, they said. “We believe the public will understand and thank us for this decisive action.”

Any changes to the US distribution plan would be at the discretion of the Department of Health and Human Services and Operation Warp Speed.

ABC News has not yet received a request for comment from Pfizer.

What to know about the coronavirus:

Tune in to ABC at 1 p.m. ET and ABC News Live at 4 p.m. ET every day of the week for special coverage of the novel coronavirus with the entire ABC News team, including the latest news, background and analysis.