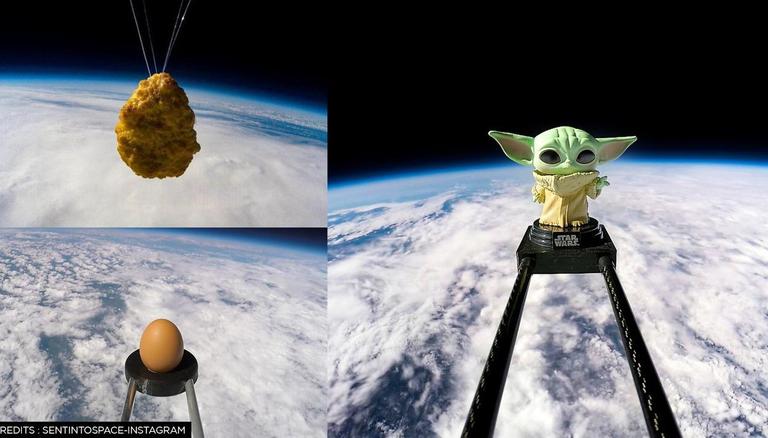 Dogecoin, samosa, seeds and a myriad of other objects have been thrown into space, ever since mankind learned the science of traversing the planet’s gravitational pull. While rocket boosters continue to be the best-known method of sending science supplies into space, the same is not true of sending light objects to seemingly inaccessible altitudes. A more cost effective method using a high altitude balloon or just a weather balloon has gained fame over the past decade and has been dubbed the “poor man’s space program”.

A company called Sent Into Space, founded by British mechanical engineers Chris Rose and Alex Baker, was the first to explore the technology. In December 2010, the duo sent a balloon into space and uploaded the video of their trip to YouTube. Former PhD students at the University of Sheffield, England, Chris and Alex bought a weather balloon for sale on eBay and a satellite tracker and built a payload from leftover moss found in their department’s workshop.

Since then, the company has made more than 500 launches and sent a variety of items into space, including chocolates, silver coins, chicken nuggets, Barbie dolls, among others, into space. .

How does a weather balloon work?

The balloon is ready to rise into the Earth’s atmosphere. According to NASA, the balloon generally ascends at a speed of 1,000 feet per minute. It takes about two hours to reach a floating altitude of 120,000 feet. Once the balloon reaches its optimal height, the pressure on the balloon decreases and it expands until it bursts. Once it takes off, a parachute opens and it takes about an hour to descend. Using GPS tracking, one can predict where the balloon will land and recover the payload.