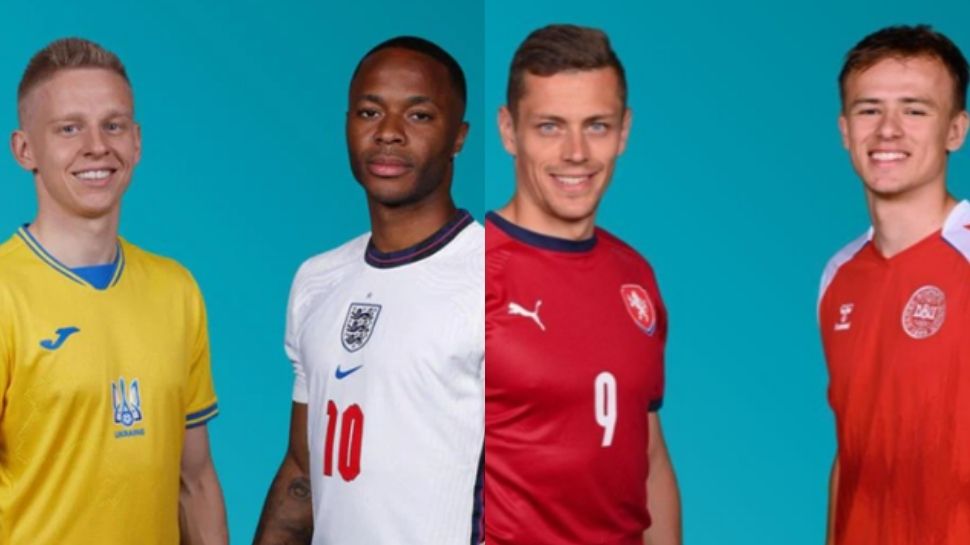 Rome : Euro Cup 2020 (Euro 2020) Quarterfinals end today. Today’s matches will be against the Czech Republic and Denmark (Czech Republic vs Denmark) Ukraine and the powerful England (Ukraine vs England) Will face. The fight between Denmark and the Czech Republic will take place at 9.30pm. Ukraine will face England at 12.30pm.

Black horses fight in the quarter

The Czech Republic and Denmark were two teams that had no place in the minds of football observers. Many observers have predicted that Denmark will advance to the second round. After beating it all, both teams will play in the quarter-finals today at the Baku Stadium in Azerbaijan.

ALSO READ: Euro 2020: Croatia makes it to the last eight in the Spanish thriller Spain

Denmark started with a loss in Euro 2020. Playmaker of the Danish team Christian Erickson Denmark’s Euro start this season has not been a good one, given their unexpected departure and defeat in the first two matches.

But out of that, the Danish team reached the quarterfinals like a phoenix. Denmark, who were unbeaten in the final match of the group stage, finished second with four goals to one against Russia. That was the change of the Danish team in the tournament. Gareth Bale then entered the quarter-finals with a four-goal victory over Wales in the pre-quarter.

The Danish team’s mainstay is a consistently consistent defense as well as a competitive midfield. The absence of the injured Yusuf Paulson puts some pressure on the Danish team.

ALSO READ: Euro 2020: Can England break through the German wall? Can Ukraine break down Sweden’s defense? I know today

The Czech team, on the other hand, finished third in the group, which included England and Croatia, and advanced to the last eight, beating the mighty Netherlands in the pre-quarter. The Czech team is led by Patrick Sheikh, who has scored the most goals in the tournament after Cristiano Ronaldo. The Bayern Leverkusen player has scored four goals in four games. And the midfield led by Thomas Sushek is paving the way for a lot of progress.

England advanced to the last eight after beating arch-rivals Germany in the pre-quarterfinals. Despite finishing first in the group stage and entering the pre-quarters, England were the team most criticized by the fans. Southgate and the English team responded by defeating Germany.

In comparison, Ukraine will not be a challenge to England. But we know that such a conclusion is not possible in the current euro. An example of this was the Swiss team that defeated the world champions France in the pre-quarter and the Czech team who eliminated the Netherlands.

The English team’s main consolation is Harry Kane’s return to form. And the performance of Zaka’s Raheem Sterling and Jack Greelish on the wings. Another feature of the English team is that they have not conceded a single goal so far.

Ukraine, on the other hand, beat Sweden to advance to the last eight. Today we can see how Ukraine will defend the English offensive line. Ukraine will focus on Premier League players Oleksandr Shinchenko and Andrei Yarmolenko today.