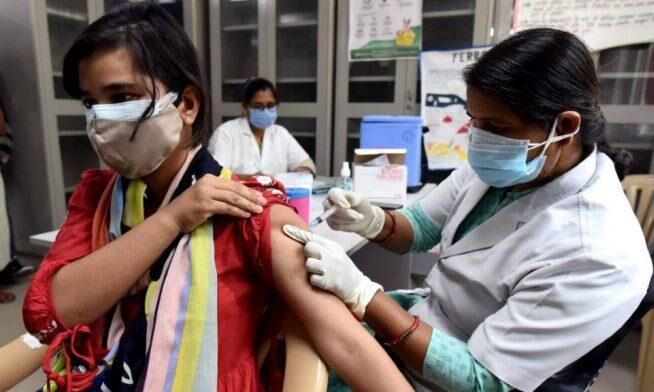 New Delhi: Taking two doses of the Kovid vaccine will reduce the risk of death by 98 per cent, the government has said. The Center said that a single dose would provide 92 per cent protection, citing studies conducted by police in Punjab.

A study by the Institute of Medical Education in Punjab found that a two-dose vaccine provides 98 percent protection. Of the 4,868 policemen who did not receive the vaccine, 15 died of Kovid infection, according to the Finance Commission’s health representative. V.K. Paul clarified. The death rate is 3.08 per thousand.

Of the 35,856 police officers who were given a single dose of the vaccine, nine died. The ratio is 0.25 per thousand.

Of the 42,720 people who were given two doses, only two died of Kovid infection. The ratio is 0.05 per thousand, he said at a press conference. V.K. Paul clarified.

The police are one of the most vulnerable sections of the society. These figures show that a two-dose vaccine is 98 percent safe and a single dose is 92 percent safe. This suggests that vaccination can reduce the risk of morbidity and mortality. Paul clarified.