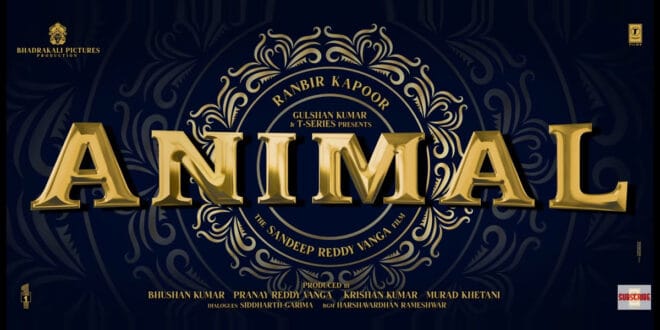 As speculated much earlier on the title of Sandeep Reddy Vanga’s movie starring Ranbir Kapoor, the title and his look were revealed some time ago. ANIMAL is.

Ranbir Kapoor joins forces with Anil Kapoor for the direction of this Sandeep Vanga, which also has Parineeti Chopra and Bobby Deol in other crucial roles.

The pre-look teaser has Ranbir Kapoor’s voice hinting at a macabre background to the story, where he asks his father to be born as his son in the next life and again as a father after that.

It looks like Sandeep Reddy has developed a concept never seen before and we have to wait for the first looks and the first trailers to at least have some clues as to what this ANIMAL is doing.