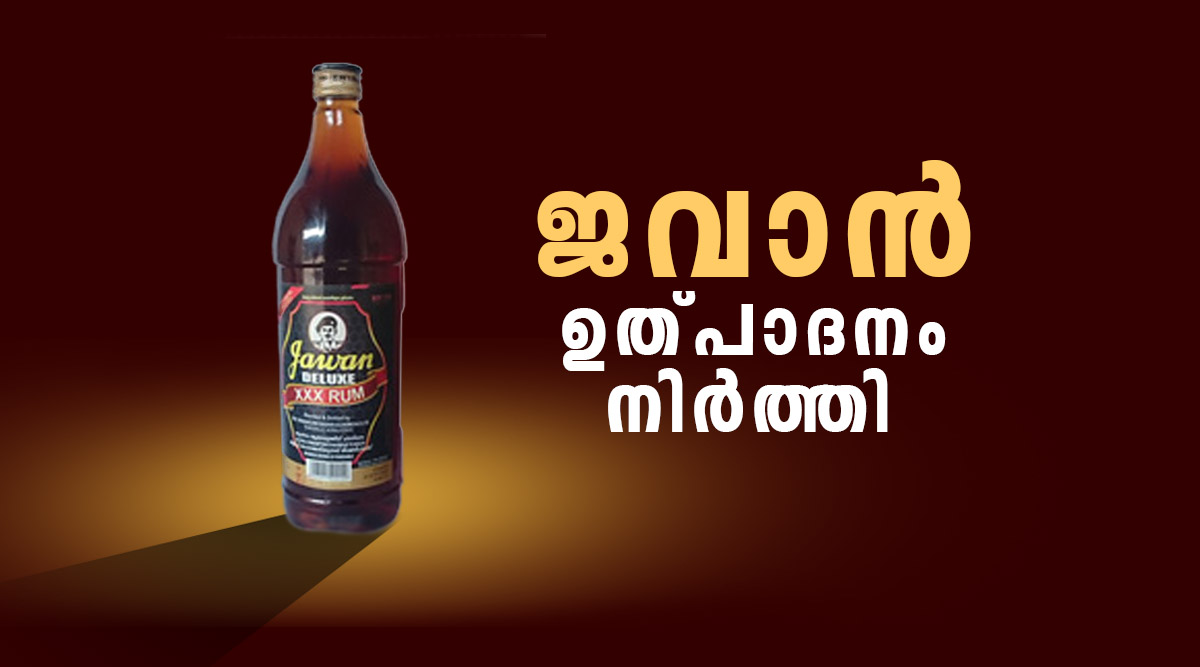 Pathanamthitta: The production of Jawan rum, the favorite liquor of ordinary alcoholics, has been stopped. The jawan was manufactured at the Travancore Sugars and Chemicals factory in Thiruvalla under the state government. Production was halted after officials were charged in a spirit fraud case.

The 20,000 liters of spirit brought to the Travancore Sugars and Chemicals factory from Madhya Pradesh went missing yesterday. The Excise Enforcement Squad has found that a high-ranking official has overturned the spirit.

The case has been registered against seven people, including the general manager of the company. Three people, including an employee, have been arrested. Temporary employee Arun Kumar from Chengannur, tanker drivers Sijo from Idukki and Nandakumar from Thrissur were arrested.

According to the arrestees, the company’s general manager Alex Abraham, personal manager Shahim and production manager Meghamurali have been named as accused in the excise FIR. The case has been handed over to the police. Top officials are in hiding.

When questioned by the drivers of the tankers, he said that the money was to be paid to Arun Kumar, the warehousing manager of the company. That is how it became clear that the spirit had been reversed. It was found that the gang had sold the spirit from Madhya Pradesh to a local company at Rs 50 per liter.

Travancore Sugars and Chemicals was awarded a six-month contract to supply spirits to a private agency. The contract was to supply 36 lakh liters of spirit. During this period, eight loads of spirit were sold four times from two tanker lorries. The drivers Nandakumar and Sijo Thomas handed over Rs 25 lakh to Arun Kumar. The drivers admitted this to the police.

Arun told police that the amount of spirit had decreased. But he did not agree on the matter of payment. The accused have been charged with conspiracy and Section 65A of the Excise Act.