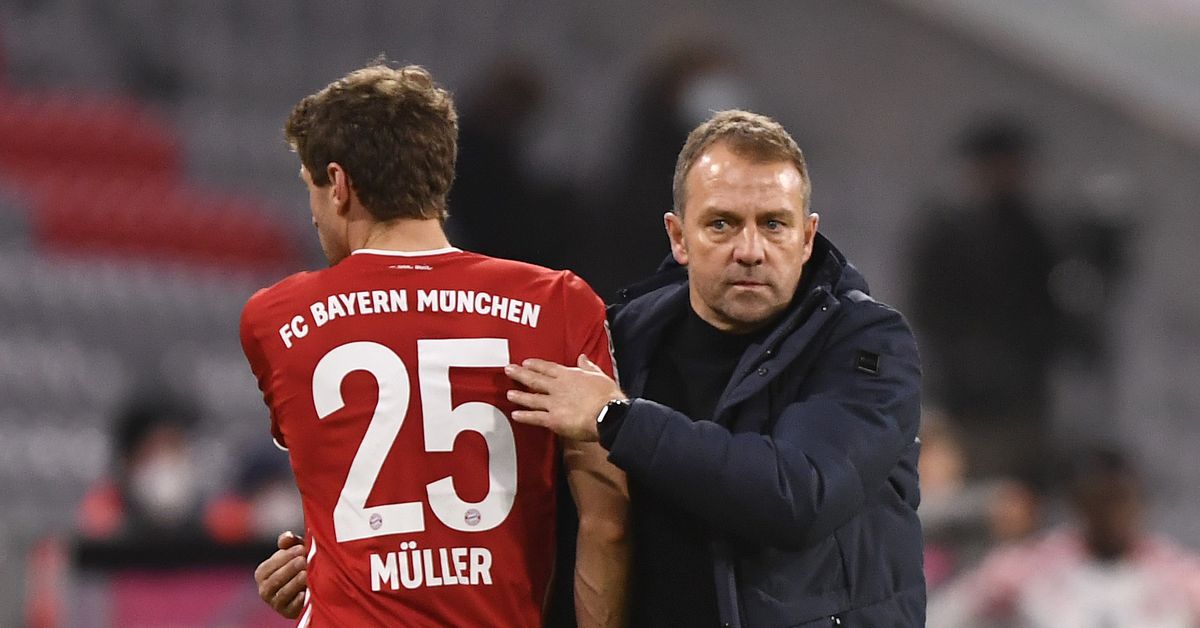 After Bayern Munich managed to win 3-2 against VfL Wolfsburg in the Bundesliga this weekend, coach Hansi Flick thought it would be a good time to announce his decision to leave the club. Speaking to the press after the game, Flick ended months of speculation by confirming his intention to terminate his contract at the end of this season.

Naturally, players did not remain silent in the face of such a bombshell. Bayern captain Manuel Neuer was the first to respond, saying: “The reasons are not important to us, it was a touching story for all of us because we had such success. It was especially important for him to tell us that personally.

Meanwhile, Thomas Muller, who can attribute his incredible career resurgence to Hansi’s direct influence, said: “He didn’t give us the exact reasons, and he didn’t have to. . He has expended a lot of energy over the last year and a half intense. To be a coach at FC Bayern, you need a thick skin. Expectations are very high and you should always be by your side. “

Does anyone else sense a vague hint of disappointment in this quote? You are the judge. Muller naturally wouldn’t say more than that, given the circumstances. However, it is unfortunate that someone who seemed so perfectly a match for Bayern is leaving after barely a season and a half at the helm.

When it comes to ongoing coaching research, we have some good news:

Hansi Flick at @iMiaSanMia: “Yes, of course, the German national team is an option that every coach has to consider. But for me, the last few weeks have not been easy ”. He joined DFB after the Euros.

Plus: To date, the Bayern Munich board has not approached Massimiliano Allegri. https://t.co/JzTTLOU6KT

Nagelsmann is Bayern’s best candidate, while Allegri has yet to be approached. Of course, the quality of this news depends on your perspective. Losing a hat-trick like this is never a good idea – if they don’t get the next coaching meeting, Brazzo and Kahn will have a lot to answer for.