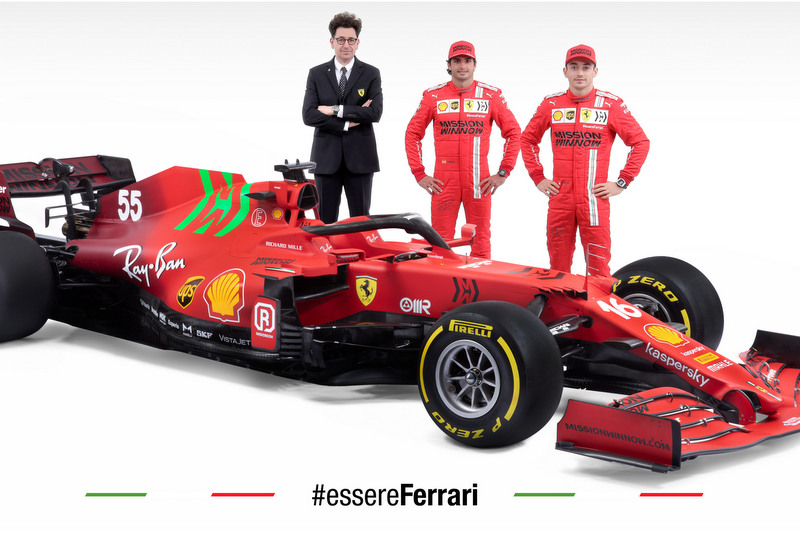 Enrico Gualtieri, head of powertrains at Ferrari, believes the team has significantly improved their engine, worth more than a tenth of a second per lap.

Scuderia unveiled its 2021 car, the SF21, on Wednesday ahead of the start of Formula 1 pre-season testing which begins in Bahrain on Friday.

Ferrari struggled last season in large part due to its deficit on its powertrain front, which came after the team struck a confidential deal with the FIA ​​following an investigation into its engine 2019.

Evidence from last season suggests that the deal with the FIA ​​saw their power massively impacted, customer teams Haas and Alfa Romeo are also suffering compared to previous seasons.

However, the team appear to have worked hard to recover from this setback and claim to have seen real progress.

“As engine engineers last season on the track produced a clear picture of our situation and that was our starting point,” said Gualtieri. “It is this awareness, combined with our determination, our skills and those of our partners, that led to the creation of the 065/6 plant for the 2021 season.

“We have taken a systematic approach, with all departments – design, simulation, development, monitoring – working together to find every opportunity for improvement. Together with our colleagues on the chassis side, we worked a lot on the layout of the powertrain, to make the overall design of the car as efficient as possible.

“With the internal combustion engine, we focused on increasing its thermal efficiency, in collaboration with our partner Shell, which produced an improvement in lap time which we estimate to be more than a tenth of a second.

“We are also continuing to develop the hybrid system and electronics, in order to overhaul and optimize all components. All this in a season in which the powertrain test bench time was further reduced. “

While their engine garnered attention last season, Ferrari also sought to achieve a “radical change” to the chassis side during the offseason.

“When we started the SF21 project, our first task was to identify the area of ​​the car that we should focus on in order to achieve a radical change,” added chassis manager Enrico Cardile.

“We went for the rear, designing a new gearbox and a new suspension system. This, in addition to the efforts of our powertrain colleagues, led to a much tighter rear.

“We also looked at the cooling system, increasing the efficiency of the central radiator and designed the body with more downwashing. Aerodynamics has been one of the areas affected by regulatory changes aimed at reducing the ability to generate vertical load, so as not to put too much strain on the tires.

“That’s why, as we started to develop the aerodynamics of the car, we set ourselves two goals: to recover more downforce than was lost by regulation and to reduce drag. Due to regulations, less drastic changes were possible at the front of the car. So we developed a new front wing that works in conjunction with a new nose concept, but the chassis itself and the suspension are disabled for last year’s SF1000.