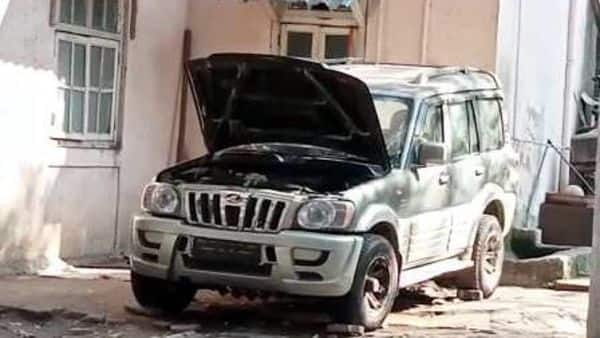 A few days after the discovery of a vehicle with explosives near the residence of the president of Reliance Industries Ltd, Mukesh Ambani, “Antilia” in Mumbai, police announced on Friday that the owner of the vehicle had committed suicide.

Disclosing information about it, Thane DCP told reporters: “The body of a Mansukh Hiren whose car was found outside Mukesh Ambani’s residence (with gelatin inside), s committed suicide while jumping in Kalwa cove. Accidental Death Report (ADR) recorded. “

In a further development, Maharashtra Interior Minister Anil Deshmukh in the State Legislature said: “The owner of the car was Sam Muten who gave it to Mansukh Hiren for the interior maintenance. Hiren had kept the car in his custody when Sam hadn’t paid. for it. “

Previously, the Mumbai Police Crime Branch recorded the statements of 25 people during its investigation.

A Scorpion with 2.5 kg of gelatin sticks, an explosive material, was found near Antilia, the multi-story house of Ambani, president of Reliance Industries, on the evening of February 25.

A letter found inside the SUV is said to have threatened Ambani and his family.

The Scorpion was stolen from the Mulund area a week ago, police said.

CCTV footage showed the Scorpio, with another vehicle probing the Innova, reached the spot in the early hours of Thursday, and the driver of the Scorpio then got out and drove off in the other vehicle.

Police were also investigating where the gelatin sticks were purchased, the official said.

The seized Scorpion was sent for forensic examination, he said.

Earlier, Maharashtra’s Home Secretary Anil Deshmukh tweeted: “Twenty sticks of gelatin explosives were found in a Scorpion van near the residence of industrialist Mukesh Ambani in Mumbai. Mumbai Crime Branch is investigating the case and the findings will be released soon. “