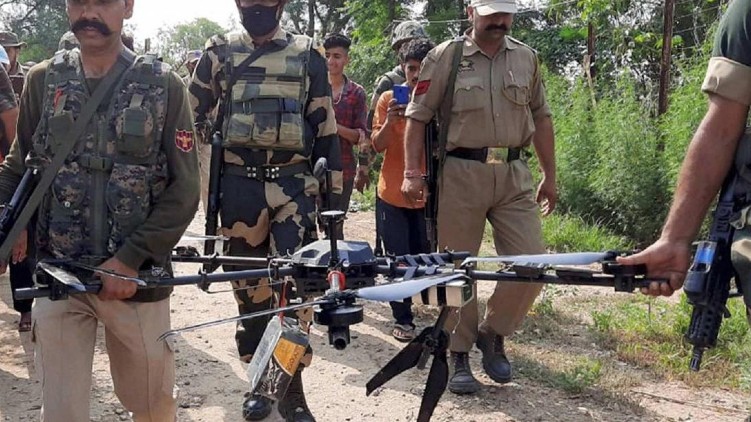 It is clear that the sophisticated Chinese-made drones used to carry the drugs were used in the well-planned and executed attack. It is suspected that the drones crossed the border after the attack. The NSG bomb squad is investigating the nature of the explosives.

Meanwhile, drones were spotted in various parts of Jammu and Kashmir following the airport drone attack. The drones were spotted in the Kaluchak-Kunchwani area this morning. Drones were found in several places in a similar manner yesterday. The Army Northern Command said 2 AK 47 rifles and ammunition were recovered.
Meanwhile, the army foiled an attempt by terrorists to infiltrate near the Sundarbans Line of Control.