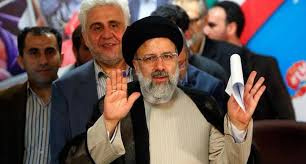 With the rise of Ibrahim Raisi in Iran and Naphtali Bennett in Israel, high concerns are natural. Both are extremists. And those who want to overthrow their opponents before coming to power. Political observers predict that the pressure of the situation, the world situation and the internal crisis in their own countries will hamper the implementation of Reyes’ and Bennett’s tough stances. Indications of this status began to emerge. The United States and Western powers are strategizing that a return to the nuclear deal is needed before Rainey takes office in September. Their observation is that the appropriate context is when Hassan Rouhani, known as the moderate, is in office.

The United States wants the Israeli-Iranian conflict to end in the current context. Iran blames Israel for sinking Iranian warship in Oman Sea The Washington Post reported in detail last week about such clashes. The ship was hit in response to the collapse of Israel’s water supply network. Iran believes that the bombing of Syrian bases linked to Iran and the assassination of a prominent Iranian scientist were all Israeli attacks.

As Iran prepares to retaliate, it is aiming for major gains through its nuclear deal. Israel’s attempt to destroy the nuclear plant is not going to succeed. So much for underground plants. If Israel tries to attack the nuclear plant, it will not get help from the Biden regime, and their position is for a military withdrawal from the Middle East. Biden’s policy has been to withdraw the defenses, including from Saudi Arabia, and face the Chinese threat. US Secretary of Defense Lloyd Austin has concluded talks with Saudi Crown Prince Mohammed bin Salman.

The United States is deploying troops withdrawing from the Middle East and Afghanistan against Chinese interests. The United States also wants an end to the West Asian conflict. The new US leadership also assesses that the Israeli pressure is inviting great hostility. The US’s new West Asian policy is also undermining Israel’s pressure strategy. Bennett, Israel’s new prime minister, cannot make a tough decision. The rule is in the majority of one seat.

Bennett knows that if five Arab MPs step down, the ruling party will collapse. The coalition government that ousted Benjamin Netanyahu is pursuing a policy that is acceptable to all. Negotiations to return to the nuclear deal signed by Barack Obama and Hassan Rouhani in 2015 are in the final stages. On May 8, 2018, Donald Trump unilaterally withdrew from the agreement, contrary to world opinion. There is no doubt that the formation of the agreement will not only ease the global conflict, but will also accelerate the West Asian peace process.

Their concern is that the current situation will be turned upside down with the coming to power of the hard-line conservative Ibrahim Reyes. But in Iranian politics, the center of power is the spiritual leader Ayatollah Khamenei and the 12-member Guardian Council. When the foreign media assesses him as a progressive and a conservative, the only mindset of the Iranian society against the enemy must be identified. Under the changed circumstances, the international community was surprised to hear Ibrahim Reyes’ first reaction. Reyes’ announcement that Iran is ready to sign a nuclear non – proliferation treaty eases tensions with Western powers and Iran. Iran has also decided to close its nuclear plant. In Vienna, Iran and the major powers are in talks on a nuclear deal. Apart from Iran, Israel and India are among the countries that have not signed the Nuclear Non-Proliferation Treaty. Meanwhile, Israel has started playing with all its machinations to prevent the US and the major powers from moving back to the agreement signed with Iran in 2015.

Israel fears that once the new agreement is reached, Iran’s influence in the region will increase with the lifting of sanctions and grow into a political and military power. Israel is making extensive interventions at the diplomatic and cyber level to prevent the United States from influencing its return to the nuclear deal. The Israeli leaders are trying to reach out to the White House and put pressure on the Biden administration. There is a concerted effort to divert Arab leaders to this path as well. But the Biden team is adamant that the confrontation with Iran should end. The United States no longer sees Iran as its greatest enemy. Their decision is to isolate China in the changing world situation. With the new agreement, it will be possible to close Iran, which is friendly with China. The same is true of the Allies. After convincing Israel, Biden will move forward with the decision.