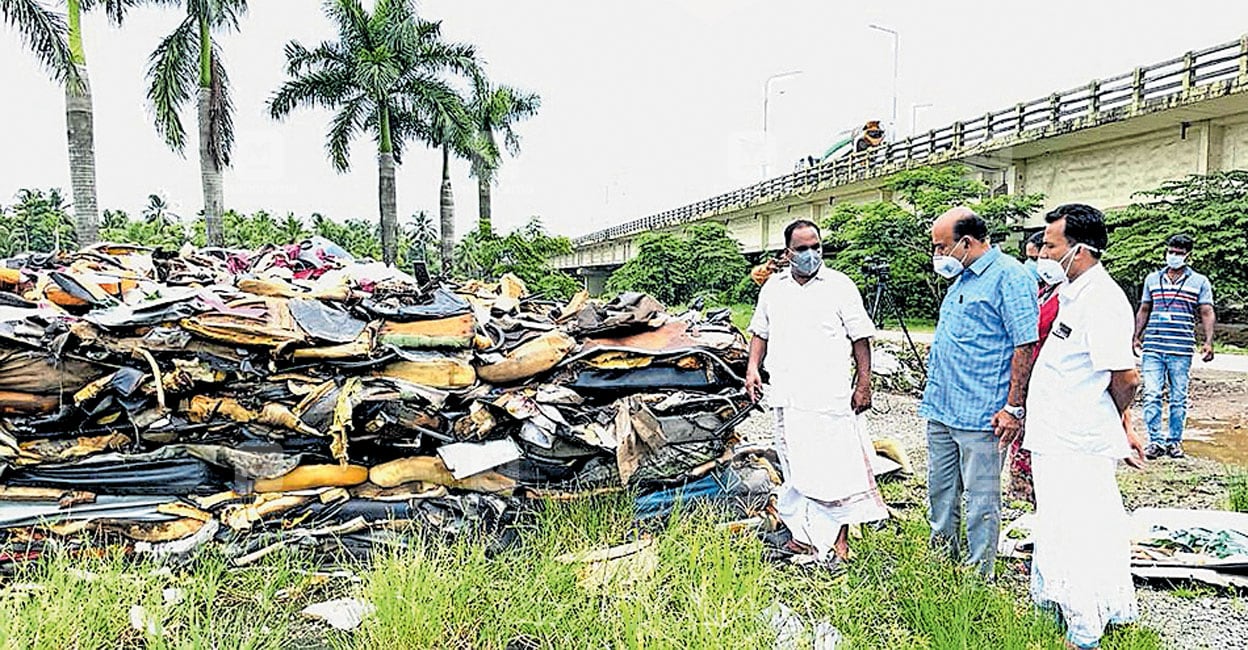 Marat ∙ Acre heap at the site of the HTO Holy Faith flat, which was demolished following a Supreme Court order. Meanwhile, it was noticed that some people were smuggling sand from the place where the flat was demolished. The flat owner’s gang lodged a complaint with the Maradu police asking them to find the culprits. Most of the waste in the vehicle upholstery shop is in the acreage. Sponge, thermocol, plastic, rexine sheets, glue, cloth, screws and nails. There will be 2 loads.

CCTV footage of lorries arriving with Acre on Wednesday night was found by the municipal health department. Vehicle identified. Mayor Anthony Ashanparambil said that the owner of the vehicle and the people as per the evidence obtained from Acre have been directed to reach out to the corporation and action will be taken without looking them in the face. Two months ago, a caravan owner was fined Rs 25,000 for dumping garbage on the roadside.