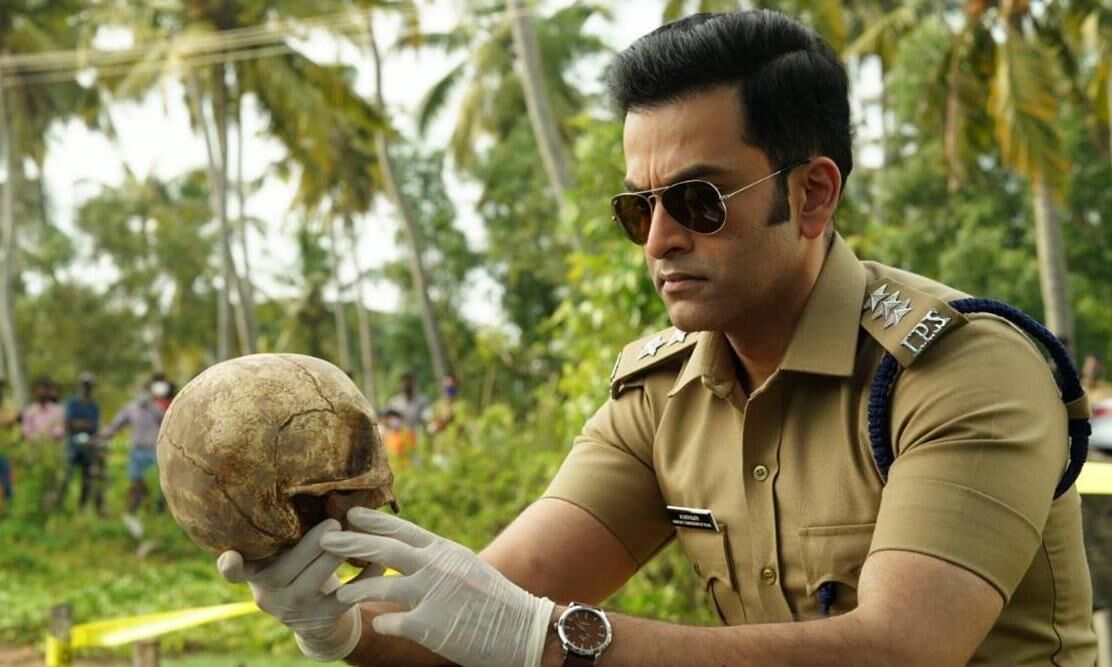 ‘Cold Case’, directed by newcomer Tanu Balak and starring Prithviraj and Aditi Balan in the lead roles, tells the story of a journey that unfolds in the light of evidence, science, detective and supernatural powers and experiences.

‘Cold Case’ is an investigative thriller, a fictional story inspired by real events. But more than that, there has been a sincere attempt to include in the film some elements that seem to be beyond or contrary to the scientific view. Indirectly, cinema is a clash between reason and faith. However, such encounters are not exposed. ACP Satyajit, a talented police officer, is investigating a mysterious murder and journalist Medha Padmaja, who is interested in matters related to psychic powers, travels to some of the mysteries surrounding him. The complex storyline that develops in the investigation of both of them leads to the same answer. Trying to find the ‘cold case’ is the same answer.

In parallel, when ACP Satyajit goes down to investigate a murder that has no rust, Medha goes in search of the reality of the presence of the supernatural forces he experiences. They also have the distinction of being two strangers. Medha, who is going ahead with her attempt to legally divorce, has only one daughter of her own. It is Medha’s courage to look for the reason behind some of the new experiences that surround her and her daughter that will enable her to discover some of her own incredible secrets. But for Satyajit, his findings are purely scientific and logical. It is quite coincidental that the two are searching and finding out about a girl named Eva Maria and the answer to the question of what happened to that girl.

The ‘Cold Case’ is all about the story of two people telling in parallel, the two situations, trying to bring them forward on the same level and connecting them together. But ‘Cold Case’ cools down as a film that tells the story in a concise way without being able to maintain the excitement that the audience deserves at the end of the story or the eventfulness of unexpected twists. The limitation is that the audience did not get the much-needed suspense experience of a thriller film.

Since Satyajit Ray and Medha are not a superhero / heroine, they are the only characters in the film who alternate between the story. After ‘Satyam’, ‘Mumbai Police’, ‘Tamar Patar’ and ‘Memories’, Prithviraj will be playing the role of a policeman in ‘Cold Case’, but it has not made any effort to maintain stardom or tell a hero-centric story. At the end of the film, the audience is able to think from both sides and embrace them equally as much as Satyajit, who sees things rationally between supernatural events and elements, and Medha, who stands firm in the supernatural events he experiences.

This is the first film of cinematographer and commercial director Tanu Balak. Andro Joseph, Jomon T .; The film, co-produced by John and Shamir Mohammed, has been released on Amazon Prime Video. Although a detailed study has been done on the supernatural beyond thought, it is a pity that there are still layers left in the film to be filled. Srinath V. If Nath had paid more attention to this in the script, ‘Cold Case’ would have been even more beautiful.

Sound effects and music are a production that is conducive to a theatrical experience, so its enjoyment is not acceptable on the OT platform. Malayalees have seen a lot of movies with supernatural elements, but the attraction here is the innovative theme. The camera work done by Gireesh Gangadharan and Jomon is quite good. Alansier, Anil Nedumangad, Lakshmi Priya and Atmeeya Rajan did their roles beautifully. ‘Cold Case’ is a thriller that combines horror and investigation.