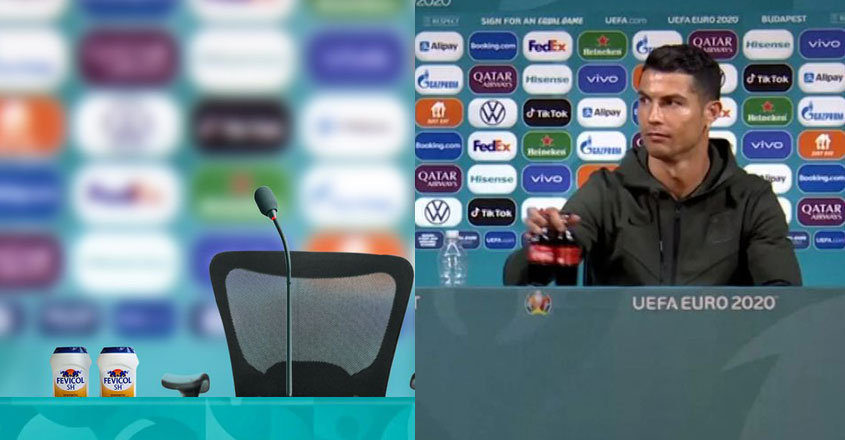 The ripple effect of Cristiano Ronaldo removing a bottle of Coca-Cola from the table during a news conference has not gone away. Cola lost more than Rs 29,335 crore in a single day. Many came out for and against.

Cola also had to issue a statement saying ‘everyone has their own tastes and tastes’ after the stock plummeted. But Fevicol has made the incident public. Fevicol has edited and added two new bottles of Fevicol to the same table that replaced Cristiano Cola bottles during the Euro Cup. Then there’s the funny phrase ‘the boat can’t be changed, the value can’t be devalued’. Fevicol posted the ad on Twitter on Thursday evening. Twitter users’ response to the ad was that it was up to date.