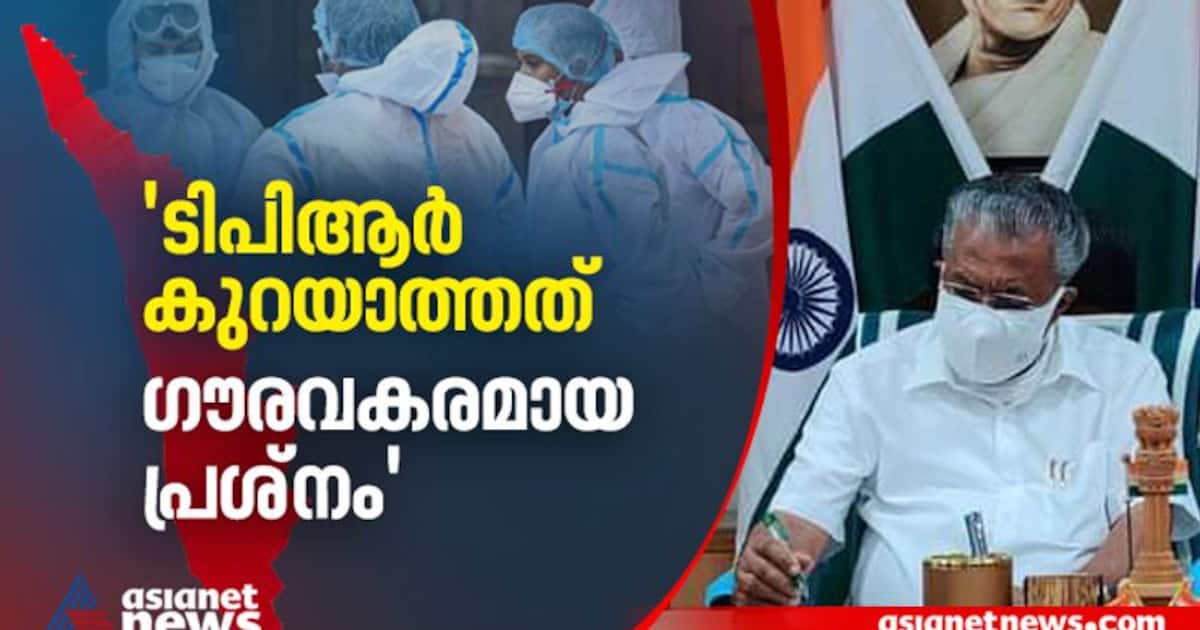 Thiruvananthapuram: Kovid has confirmed 13,550 people in the state today. It was confirmed today that 104 deaths were due to Kovid. 99174 people are in treatment. The average TPR is above 10%. The CM also said that there was no expected progress in reducing TPR.

Currently 99174 people are in treatment. The average TPR is above 10. TPR slowly declined from 29.75 per cent to 10 per cent. But it does not see the expected progress in declining. Lockdown cannot be performed all the time. That’s why restrictions are reduced. But the fact that the TPR is below 10 is a serious problem. Statistics from the last one week indicate that the number of patients will not decrease significantly. However, TPR is expected to decline slowly. In the first category, the speed of RAW transmission was well controlled. Therefore, there are thousands of people in Kerala who are not affected by the disease. According to a serum survey conducted by ICMR, only 11% of people have a first-degree infection. The national average was 21 percent then. The second was the delta type Gam, which was extremely powerful. Although the disease was contagious in the first place, controls were introduced so that our health systems could keep the disease at bay.

The Kovid pandemic is like a big wave wreaking havoc. We have adopted the method of blocking the force of the wave and slowing it down. We have seen what happened where it was not possible. We saw people lined up with dead bodies in cemeteries. It is up to us to see if that situation does not exist here. The fate of the Kovid genus in Kerala is not the same as that of a type of gum that suddenly disappears. Slow down and take some time to finish. That is why it is important not to worry about that.

Today’s review meeting decided to make a small change in the division of areas according to the extent of the disease. In the last seven days, the average TPR of less than 6 per cent of the A category in 165 areas is in the local bodies. There are 473 local bodies in the B category between TPR 6 and 12. Section C covers 316 areas between TPR 12 and 18. At 80, the TPR is above 18 percent, which is the D category. According to this division, the control will be implemented in the state for a week from tomorrow. There is no need to relax the existing restrictions.