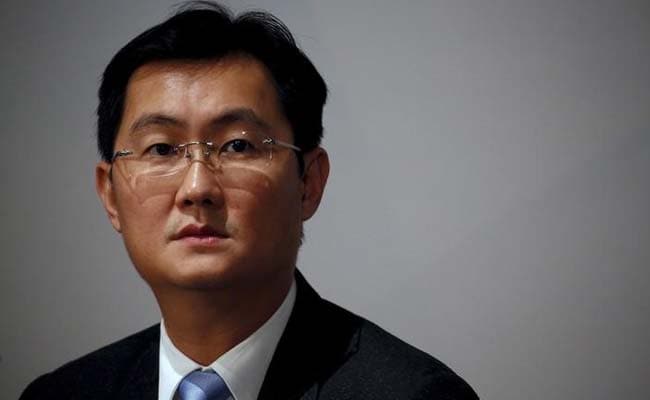 Beijing’s crackdown on its most powerful internet companies is clouding the outlook for Tencent Holdings Ltd. and its $ 120 billion financial services operation as it seeks new sources of growth.

China’s leading watchdogs have stepped up oversight of the country’s most valuable company, examining everything from Tencent’s information about the online behavior of a billion people and more to an investment portfolio spanning hundreds of startups. Regulators are reportedly considering forcing Tencent to overhaul a promising fintech division, turning the operation into a holding company in the same way they are demanding of Jack Ma’s Ant Group Co.

The uncertain outcome of this far-reaching effort will eclipse Tencent’s gaming giant arm when it releases its quarterly results on Wednesday. Billionaire founder Pony Ma and his lieutenants face questions about Beijing’s intentions and how it could go about revamping China’s largest online banking and lending operation after Ant’s. The threat of a probe has already erased $ 170 billion from the company’s value since a January high. Its shares remained largely unchanged on Wednesday.

Ma met with officials from the State Administration for Market Regulation earlier this month to discuss compliance at Tencent, Reuters reported on Wednesday. Officials for the meeting, which was initiated by Ma, expressed concern over some of Tencent’s business practices and called on the group to comply with antitrust rules, Reuters said, citing people with knowledge of the matter. The antitrust watchdog was gathering information and examining WeChat’s potential monopoly practices, according to the report. Tencent made no immediate comment on the report.

“Tencent is all too familiar with the specter of further regulation on its gaming business,” said Michael Norris, research director at the Shanghai-based consultancy firm in China. “Investors may wonder how far anti-monopoly control can inhibit Tencent’s investing activities, in games or other verticals.”

In the near term, investors are betting on another strong performance from a company whose earnings have exceeded expectations in three of the past four quarters. Things to watch out for for Wednesday include:

It’s the financial deal – valued at between $ 105 billion and $ 120 billion, according to Bernstein’s estimates – that may attract immediate scrutiny. China launched a previous campaign in November to contain its biggest companies, focusing first on the two pillars of Jack Ma’s empire, Ant and Alibaba Group Holding Ltd. But this month, Xi Jinping warned he would target “platform” companies that amass data and market power, a sign that the Internet crackdown is widening.

China’s growing crackdown on Tencent companies could spill over to other fintech giants, limiting growth in credit, wealth and online payments markets to high single-digit rates by 2025 , from 12 to 19%, based on our scenario. Dominant names like Ant, Tencent’s fintech, Duxiaoman, and JD Tech may come under more scrutiny than smaller rivals. – Francis Chan, analyst

The most visible of Tencent’s money services is WeChat Pay, inextricably linked to the eponymous messaging service and payment method of choice on ridesharing platform Didi Chuxing and food delivery man Meituan. But like Ant, he also runs services that challenge the public banking sector.

The fintech business achieved sales of around 84 billion yuan in 2019, or around 70% of Ant’s sales for the year. Its business development group, which oversees new initiatives, manages wealth management, including mutual fund investment options offered through WeChat and QQ, Tencent’s other social success.

A potentially thorny area is that of the so-called micro-loan operated by WeBank owned at 30%. Under requirements introduced when Beijing abandoned Ant’s IPO, online lenders must keep 30% of all loans on their own books rather than with partners such as banks. While Tencent now acts as a pipeline instead of a co-lender, and the rules are still unclear, it may need to inject capital if it is to co-finance 30% of all funding. Management said, however, that the microcredit rules should not impact Tencent’s flagship consumer product, Weilidai.

“Tencent’s regulatory risk results primarily from its ‘greatness’,” Bernstein analysts, including Robin Zhu, said in a March 23 memo. But its “competitive position in its main businesses remains very solid”.