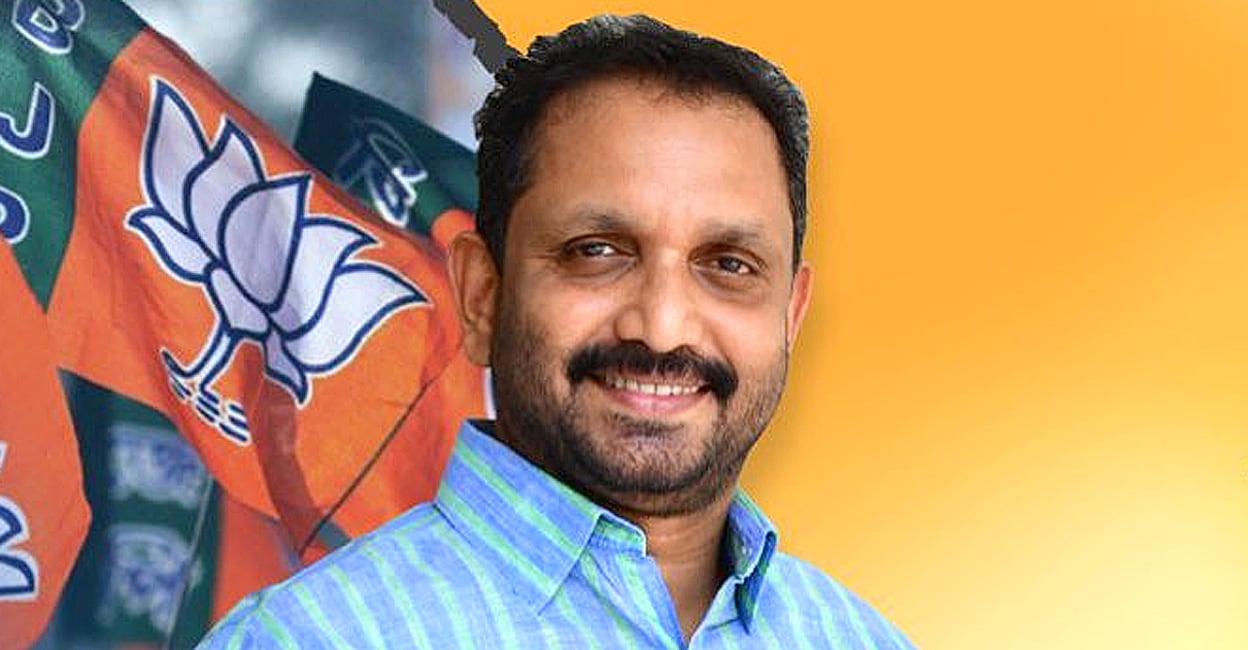 Kozhikode: The BJP has issued a social media post in support of BJP state president K Surendran after he was issued a police notice to appear for questioning in the Kodakara money laundering case. The note is titled ‘Jananayakan will not be left to hunt’.

Senior leader PK Krishnadas’ response was that the CPM leaders and goons in Kannur were involved in the Karipur gold smuggling and robbery and had come down with a notice in a case where there was no way to save face. There is a planned move to link the Kodakara robbery case with the BJP. The script is being prepared by the Chief Minister’s Office. He said the case would be dealt with legally and politically by the party.

After giving notice to appear for questioning, a detailed post appeared on the BJP’s official page alleging that Surendran was being hunted by the police and the government. The notice is to appear at the Thrissur Police Club on Tuesday at 10 am.

Jananayaka will not be left to hunt

Apart from the party politics of contemporary Kerala, there is no other leader who has heard so much other than the words of the President of the Bharatiya Janata Party, K. Surendran. K. Surendran made his mark in political Kerala with his sincere interventions and uncompromising fighting spirit. It is for this reason that the CPM and the government have surrounded and attacked the BJP president.

Earlier, during the Sabarimala agitation, the Pinarayi Vijayan government carried out such a manhunt against Surendran. It is clear that the Pinarayi government, which hunted down all the BJP leaders at that time, only imprisoned Surendran out of fear of him. Surendran was transferred from jail to jail every day on a number of false charges, which hurt the hearts of the faith community.

The Marxist government has treated Surendra as cruelly as any government has ever done to a political leader. About 250 cases were registered in his name. But then things went against the CPM’s expectations. Surendran’s image of going to jail with his hair tied has created anti-government sentiment among lakhs of believers. After spending 22 days in jail during the Sabarimala agitation, he became a favorite of Hindus. Surendran, who returned from jail, received a heroic welcome in Kerala.

The Sabarimala agitation caused KS to become a brand. He contested the 2019 Lok Sabha elections in Pathanamthitta, garnering over three lakh votes, shocking both the parties. The Left, on the other hand, lost miserably in all 19 seats. Pinarayi is again conspiring against Surendran in a manner similar to the hunting of that time. The police tried their best to trap him in the Kodakara robbery case and even dragged his son into it.

The media also joined the CPM to surround and attack Surendran. They interrogated him at the end of the discussion, giving only the fake news provided by the police for breaking. For the last three decades, a public figure has been crucified in the public sphere of Kerala without the support of any evidence. Then, when the police finally escaped in the dark, they gave a column on the inside page saying that the money in Kodakara belonged to Dharmarajan.

Police and media chase after Manjeswaram Sundara with Kodakara wet firecrackers. According to a script prepared by the AKG Center, a channel reporter approaches Sundara. He is said to have withdrawn his candidature because the BJP paid him a bribe of Rs 2.5 lakh. The next day, a non-bailable case was registered against Surendran.

A case has been registered against Surendran, who confessed to accepting bribe, and Surendran, who has no evidence of bribery. Even Sundara says that no one has been kidnapped, but the department added by the police adds kidnapping and unjust detention.

The same was the case with the Sabarimala agitation. The case was that he tried to kill a woman by hitting her on the head with a coconut. He was later jailed for several days on various charges. What is the status of those cases now? The police themselves admitted that there was no evidence against Surendran in any of them. The CM had said in a press conference that the reply to Surendran, who had taken a stand against the government’s corruption without compromise, could be given in a different way later.

The government is now giving that answer through the Kodakara robbery case and the fight drama being staged in Manjeshwar using Sundara. The CPM is insulting even CK Janu, a tribal leader with a history of years of struggle to overthrow the BJP president. The media co-operation is an example of how strong the CPM faction is in this area.

Surendran started his selfless political career at a time when the BJP had no remote possibility of power. He started his political career from the soil of Kozhikode, the cultural land in the history of Kerala struggle. It is only natural that the CPM should be afraid of the public figure who was born in Ullieri, the stronghold of the CPM, grew up in the Sangh movement and is now the BJP state president.

They have been hunting for Surendran since he was a student activist for not acknowledging the feudal attitude of the Communist Party. Surendran, who was an ABVP leader from the time he was studying at Guruvayoorappan College, Kozhikode, was attacked by SFI-DYFI. Even today, almost 30 years after he became the state president of the BJP, they are still hunting for him.

When he was a student leader, his child comrades tried to trap him in many false cases. K Surendran is not ready to bow before the CPM for only one reason. He is a leader who has never compromised in his political career. For the Communists, there are many reasons why Surendran has become number one on their hit list. Most importantly, Surendran is a leader with both organizational skills and popularity.

Pinarayi Vijayan is well aware that there is no greater danger than having a leader who is capable of organizing the people and defending the CPM at the helm of the BJP. After Surendran became the state president of Yuva Morcha, Kerala saw him as a big headache for the CPM. KS was the first to speak out against the illicit dealings of Kodiyeri Balakrishnan’s children.

Surendran called without hesitation what no one had been reluctant to say till then. Kodiyeri and the party were upset. Even then, they tried to attack him alone. But Surendran escaped even physical assault because the BJP and the Sangh Parivar provided him with protection. He put pressure on the alternating left and right fronts in Kerala through brilliant struggles. Surendran’s work as a youth leader has earned him praise beyond politics.

The CPM was also angered by the fact that there was not a single leader in the Left Youth Organization who could be compared to Surendran. Surendran, who led the agitation against the Kovalam Palace agitation, Kerala University Assistant Grade scam, Total Four U scam, Malabar Cements scam and solar scam, spread fire in the streets of Kerala.

He came to the BJP from Yuva Morcha and held the post of General Secretary of the party. Reacting quickly to public political developments, Surendran became one of the most popular political leaders on social media. That is why all his posts are in the news in the media.

All the leaders of the Left were in a dilemma to respond to what Surendran had to say about the solar scam. Though things came to what Surendran said, after coming to power, the Pinarayi government rescued the Congress leaders. The fact that the Left has shifted to a position where it can help the UDF to defeat Surendran, who has been gaining increasing popular support, is an example of how much they fear him.

If the CPM had not voted for the Muslim League in the 2016 and last assembly elections, KS would have been in the assembly. K Surendran’s inauguration as state president was a much-desired decision by BJP workers in Kerala. He led the party in the midst of the crisis of the Kovid epidemic, fought against the corruption of the Pinarayi government such as gold smuggling, dollar smuggling and the Vadakkancherry Life Mission scam and became the real Leader of the Opposition.

The aim of the Marxist regime is to overthrow the indomitable Surendran. But K. Surendran is not a captain who trembles when he sees a car or a call. He is a strong supporter of popular support and a strong organization. Surendran should never lose this fight. If Surendran loses, democracy and freedom of expression will be lost. In Kerala today, only Surendran and the BJP can defeat Pinarayi’s dictatorship to suppress the opposition.