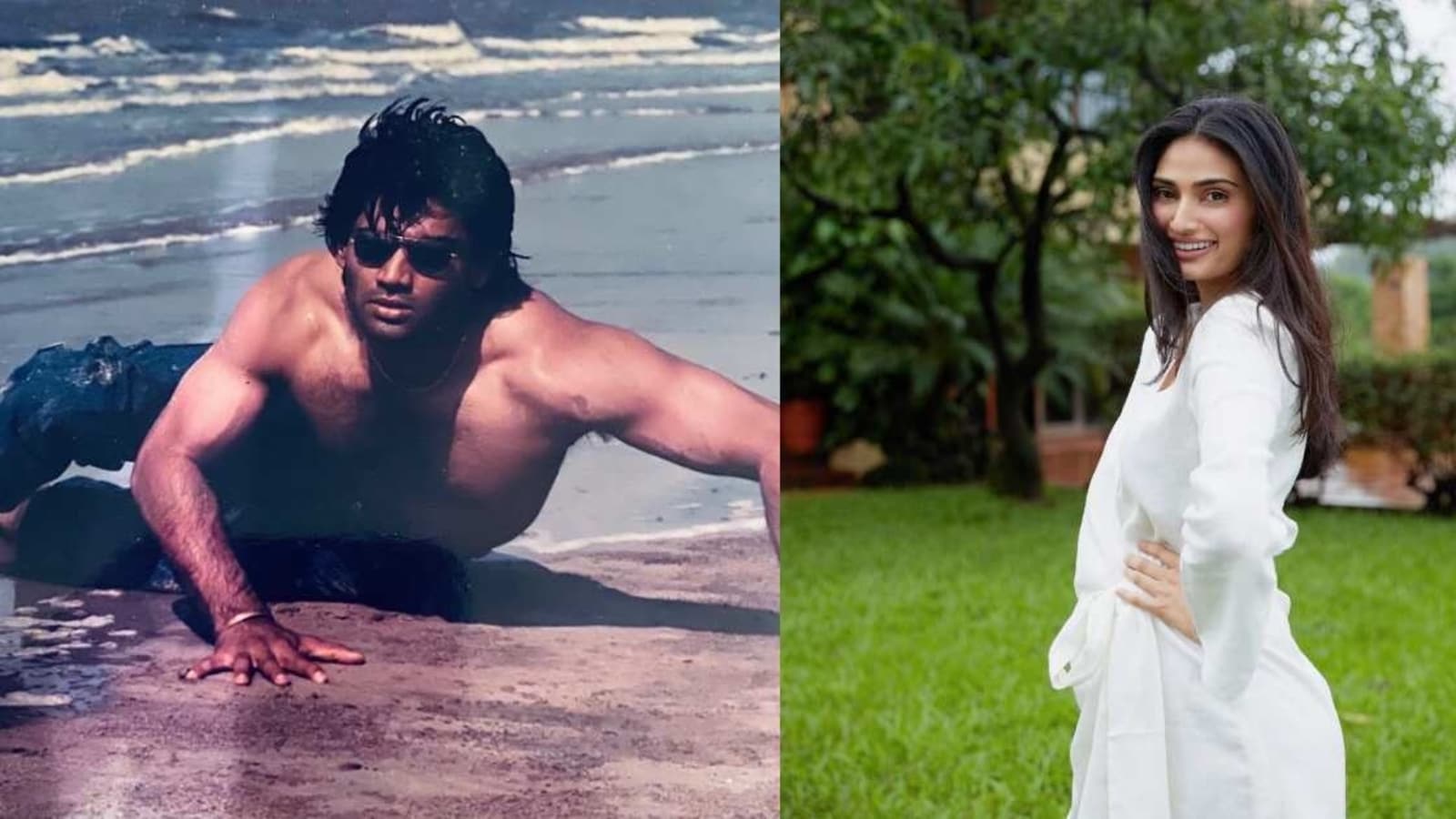 Suniel Shetty took a trip down memory lane and shared a photo from his acting debut on Instagram. In the photo, Suniel was seen wearing just denim pants and a pair of sunglasses. He was seen crawling on a beach for shooting.

Sharing the photo, Suniel wrote: “What was I thinking?” Her daughter, actor Athiya Shetty, went to the comments section and tagged her brother, Ahaan Shetty, and dropped a smiley face with teardrop emoji. Reacting to his tag, Suniel said, “oyyyyyy goondi” with a red heart emoji.

Actor Vikrant Massey couldn’t help but laugh. “Caption,” he wrote, adding a laughing emoji and a heart-shaped emoji. Fans of the actor jumped in and shared their thoughts in the comments. “Haye garmi step invented by Suniel Shetty,” said one fan, referring to the popular song by Nora Fatehi from Street Dancer 3D. “Ye Dharti meri maa hai (this land is my mother),” said another fan, quoting a line from his movie Border. “Super cool, it takes self-confidence to be successful,” applauded the third fan.

Suniel is eagerly awaiting the acting debut of his son, Ahaan, who is slated to star in Tadap. The film also stars Tara Sutaria in the lead. The posters were launched earlier this month. Revealing the first poster, Suniel’s Dhadkan co-star Akshay Kumar said, “Big day for you Ahan … I still remember seeing your dad, @ SunielVShetty’s first movie, the poster from Balwaan and today I’m presenting yours …. so happy and proud to share #SajidNadiadwala’s #Tadap * ing #AhanShetty and @TaraSutaria poster, out in theaters September 24! “

Suniel shared the posters with a tip for her son. “A New Journey Begins Today Phantom… remember it’s about being humble, honest and always grateful,” he said.

Athiya Shetty posed on the cover of a magazine and her boyfriend, KL Rahul, complimented her on it. However, he chose to let the emojis do the talking for him.