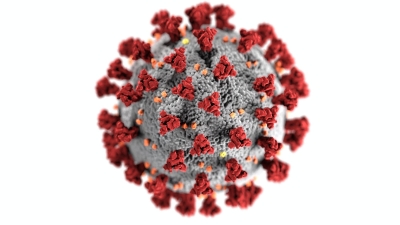 New York, March 28 As the emergence of new variants of Covid-19 from different parts of the world becomes more complicated …

New York, March 28 As the emergence of new variants of Covid-19 from different parts of the world complicates the fight against the pandemic, there now appears to be some silver lining. Indeed, an expert has observed that the different strains of SARS-CoV-2, the virus responsible for the disease, do not seem to be very variable.

Writing an opinion piece in ‘Scientific American’ magazine, evolutionary microbiologist Vaughn Cooper said the evidence suggests that the SARS-CoV-2 variants that have emerged so far share similar combinations of mutations .

This suggests that the fight against Covid-19 may not be as difficult as it was thought when new variants began to emerge, raising concerns that vaccines developed to protect against the disease may not work against some variants. .

Some feared that herd immunity to the virus that has disrupted the lives and killed more than 2.7 million people worldwide would be difficult enough if more infectious and deadly variants continue to emerge.

While studying the course of SARS-CoV-2, Cooper, who is a professor at the University of Pittsburgh School of Medicine in the United States, said that it is now safe to assume that the virus is starting to run out. new and major adaptations.

“It is also essential that we make significant investments in building an early warning system to detect new variants of SARS-CoV-2 as well as many other emerging pathogens, both known and yet to be discovered. Cooper wrote in the article published in ‘Scientific American’ last week.

The Union Health Ministry in India said last week that a total of 771 Variants of Concern (VOCs) and a new double mutant variant of Covid-19 had been detected in a total of 10,787 shared positive samples by the States and Union territories.

It now appears that a mutation in the double mutant variant appears to be similar to a mutation found in the B.1.351 (South Africa) and P.1 (Brazil) variants, the BBC reported citing Jeremy Kamil, virologist at the Louisiana State University Health Sciences Center Shreveport in the United States.

(With contributions from IANS)

Disclaimer: This post was automatically posted from an agency feed without any text changes and has not been reviewed by a publisher