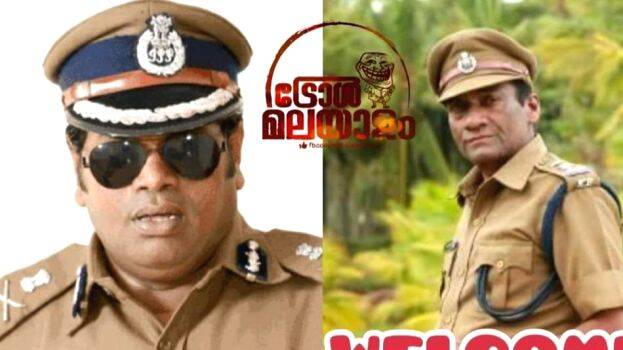 Thiruvananthapuram: Chetta, did you see the new troll coming down …? Asokan did not take seriously the message that came on the phone on Wednesday afternoon. Then Carl came and said, “Isn’t the new DGP Saral, is there any cost …” Ashokan did not understand. ” Open the WhatsApp and see … ”

The trolls with the picture of the new DGP Anil Kant and the police role of Ashok are coming on the phone. Pictures of Saju Navodaya (Pashanam Shaji) as the vacant DGP. An expert on the phone asked, “Didn’t you get the baton from Shaji?”

When Behra became the police chief, the trolls installed Asoka as Anilkanth’s alias, sooner than they found Saju as his alias.

Asoka has taken on a new look anyway. ‘A kind of indescribable joy. Now I have to meet Anil Kant Sir in person. And take a picture of you “.

Ashoka had arrived in Anarkali as a DySP. The actor says that now the directors themselves can be brave DGPs.

‘When Behra and Pashanam Shaji attended an Onam celebration together four years ago, it was difficult to know who the original was. I never even dreamed that I would be the next DGP’s dupe. “

“I was shocked when the Trolls appointed me DGP five years ago. Not seeing me, seeing the real Behra sir. Then it was a terrific honor to go all over the station. I will tell you to sit down and say that our sir has come. Tea will be served. Now let Ashokan Chettan experience all this … ” said Saju Navodaya who addressed as Loknath Behra. He did not study and become a police officer. Even so, it was possible. In fact, I’m not Behra’s dupe. The spot is my dupe. I grew a beard when I realized that Sir was going to change. Will the beard grow a beard or something “…