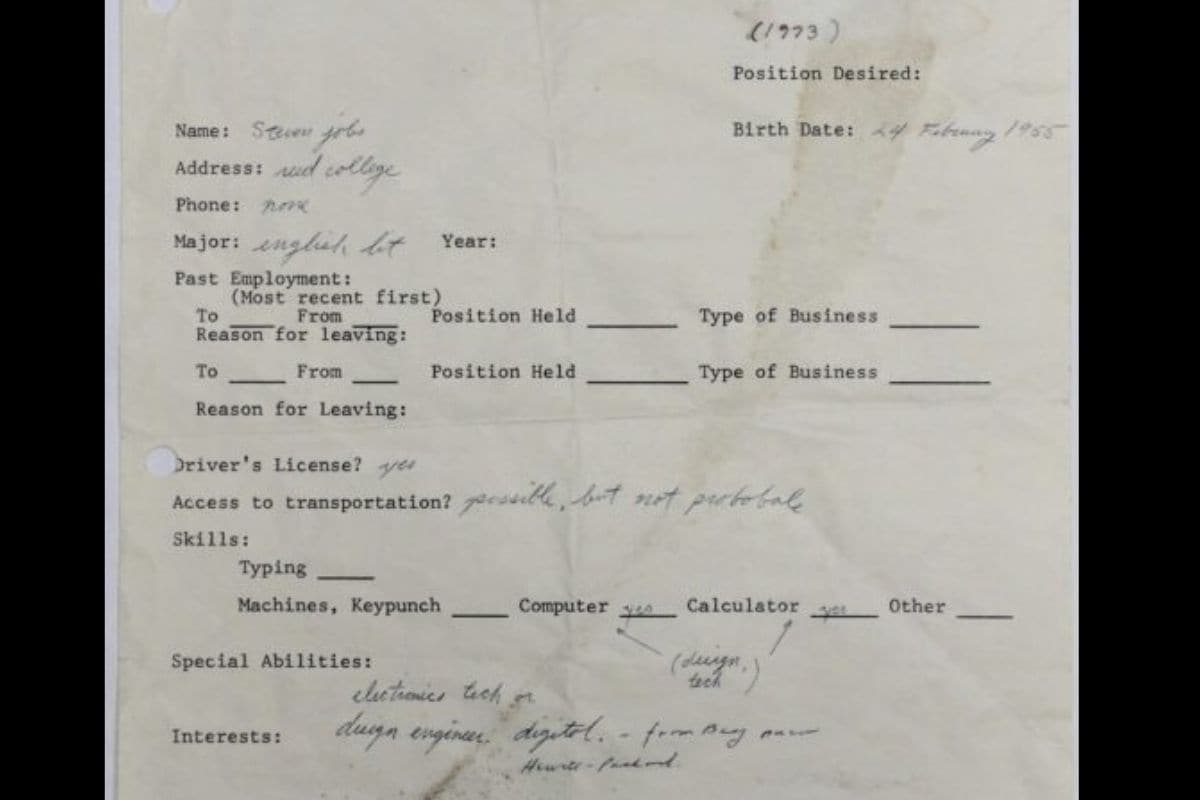 One of the first handwritten applications from Apple co-founder Steve Jobs, which was on sale, brought in nearly Rs 1.6 crore at a UK auction.

A handwritten job application from Apple co-founder Steve Jobs from 1973 fetched 162,000 pounds sterling (over Rs 1.6 crore) at an auction held by Charterfields in the UK on Wednesday. United. The call for tenders started on February 24 and closed on March 24. “The questionnaire would have been completed around the time he left Reed College in Portland, Oregon. A year later he joined Atari as a technician where he worked with Steve Wozniak before founding Apple in 1976, ”the Charterfield website said.

The one-page letter that was signed by Jobs is considered a rare piece of Apple memorabilia. Previously, the app grossed $ 175,000 at an auction three years ago in 2018 after being sold to a “London internet entrepreneur,” according to reports.

However, the application has no indication of the position and which company Jobs was applying to.

The app identifies Steve Jobs as a student of English literature at Reeds College. In the skills gaps, Jobs had mentioned “computer” and “calculator” as well as “design” and “technology” in square brackets.

He had also highlighted “the engineer in electronic technology or design – digital” as his particular skills. He also noted that he was “from Bay, near Hewlett-Packard”.

The app asked him if he had a phone, to which the former business mogul replied “None”. Under the driver’s license he had said “yes” and under “access to transport” he wrote, “possible, but not likely”.

The application would be in “very good condition with a few creases, slight stains and old sheer tape on the top edge.” It also has letters and certificates of authenticity.