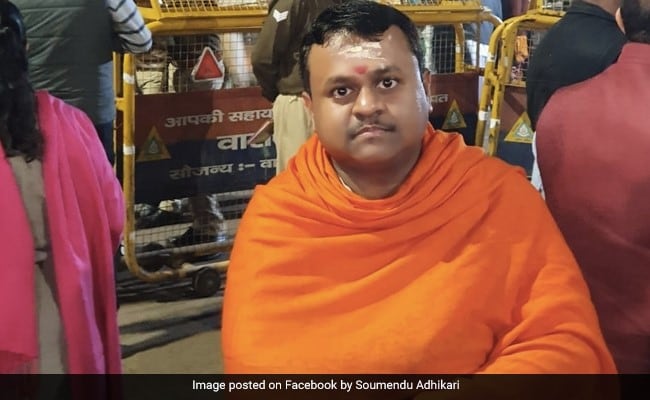 Following his impeachment as chairman of the board of directors of the municipality of Contai in the district of Purba Medinipur, the head of Congress of Trinamool, Soumendu Adhikari, hinted on Thursday that he would join the BJP by following in the footsteps of his political brother, Suvendu.

“Lotus will bloom in every home. Wait a bit,” said Soumendu Adhikari, who also filed a petition in the Calcutta High Court to challenge his removal from his civic post.

Suvendu Adhikari, a former government minister Mamata Banerjee, joined the BJP with nine MPs, including five from the TMC, and a party MP at the rally of Union Home Secretary Amit Shah in Medinipur on December 19.

At a public rally on Tuesday, Suvendu Adhikari said the lotus would bloom in his family.

His father Sisir Adhikari and another brother Dibyendu are members of the TMC. They gave no indication to leave the TMC.

However, Dibyendu Adhikari on Wednesday called the decision to remove Soumendu from the post of chairman of the board of directors of the municipality of Contai as “unfortunate, unexpected and unfair”.

Soumendu Adhikari was president of the municipality of Contai until the expiration of the council mandate in 2019. He was then appointed administrator since the elections were postponed due to the COVID-19 pandemic situation.

Claiming to have been unlawfully removed from office by the West Bengal Municipal Affairs Department on December 30, Soumendu moved the High Court to Calcutta on Thursday.

The Assembly election is scheduled for West Bengal in April-May 2021.