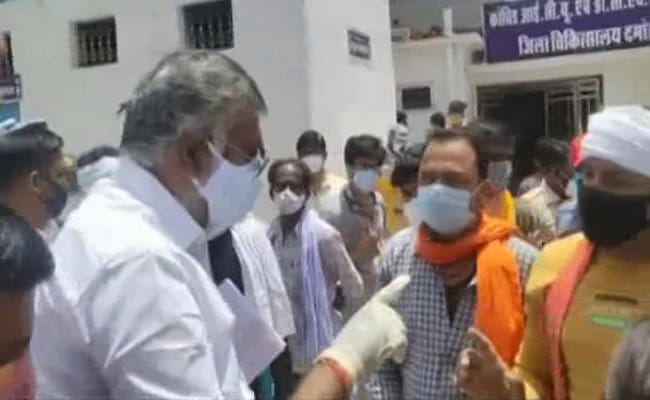 Union Minister Prahlad Patel was caught on camera threatening to slap a man begging him for oxygen.

Union Minister Prahlad Patel was caught on camera today threatening to slap a man begging him for oxygen for his Covid-positive relative.

“We are so desperate … We haven’t received any bottles … Why don’t they tell us we can’t give you oxygen”, complains a man to the minister outside a hospital in Damoh , in Madhya Pradesh.

“Aise bolega toh do khayega (If you talk like that, you’ll get two slaps), ”Mr. Patel smacks, asking the man to calm down.

The man starts to cry: “Yes, that’s what I’ll get. My mother is lying over there.”

The minister intervenes again: “Did someone refuse you an oxygen cylinder?” The man replied, “Yes, they refused. We only had one for five minutes. You better say no.”

In a statement after the incident, the Madhya Pradesh government claimed it had surplus oxygen.

Damoh district has 3,320 active Covid cases. The number of cases has increased by 101 in the past 24 hours.

Madhya Pradesh has imposed restrictions and a curfew in several cities as it battles a sharp rise in cases of the virus. For weeks, Damoh remained an exception as politicians campaigned in the city for assembly ballots on April 17, tackling crowded meetings.