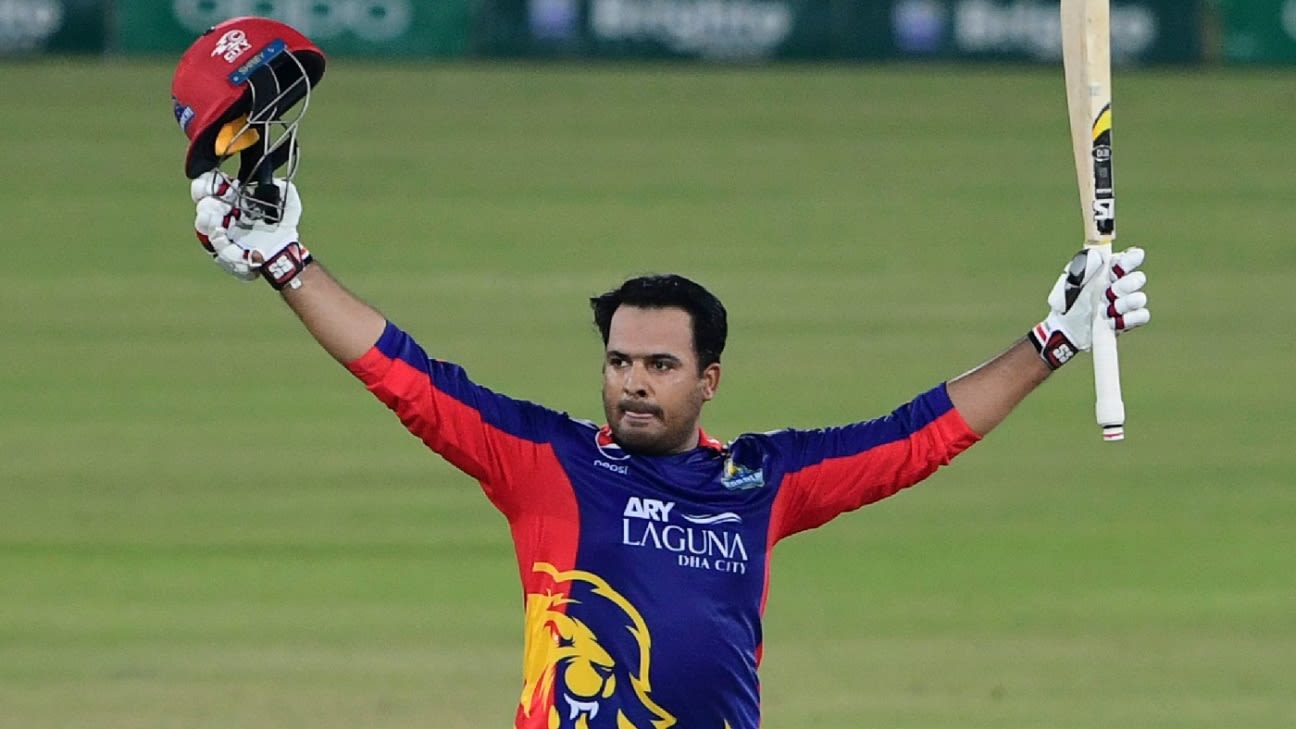 Sharjeel Khan’s PSL form was rewarded with a national team recall for the first time in more than four years, as he was part of Pakistan’s T20I squad for tours to South Africa and Zimbabwe next month .

Sharjeel was the third-highest corer of the reduced PSL season this year, finishing only behind Mohammad Rizwan and Babar Azam, but with a fantastic strike rate of 170.94, well ahead of what the other two recorded. Sharjeel, playing for the Karachi Kings, was the only player to score a hundred in this edition, against Islamabad United.

The recall capped four eventful years for the left-handed opener, who was completely absent from the match for two and a half years, banned for his part in the PSL spot fixing scandal 2017.