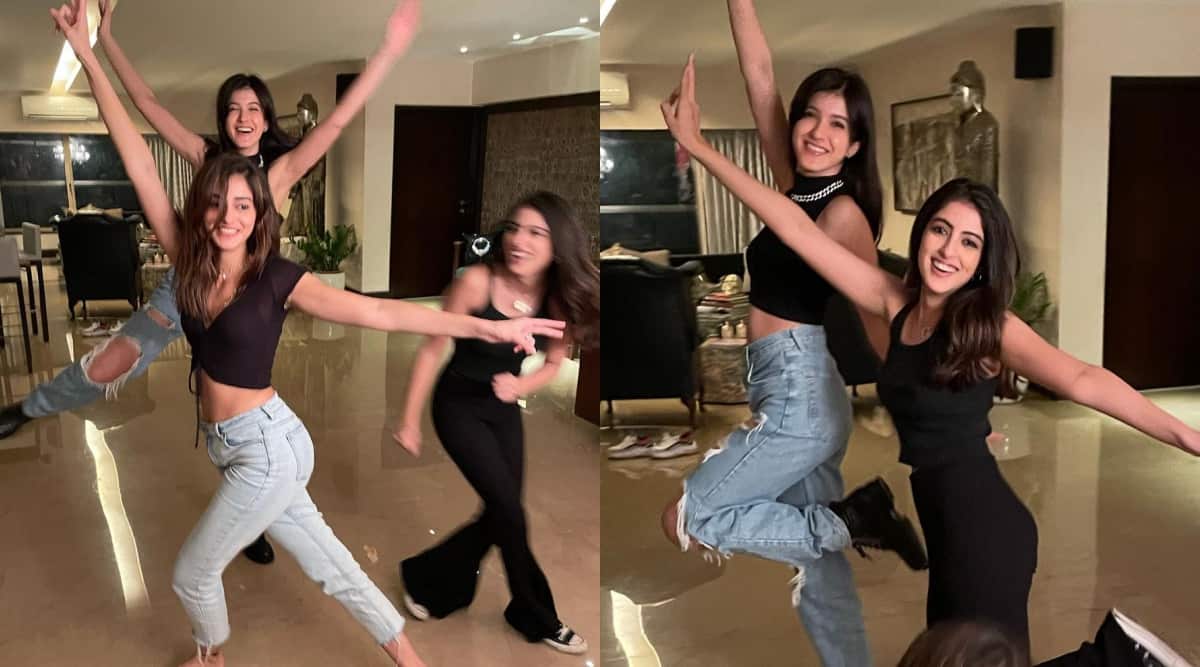 Shanaya Kapoor and her best friends Ananya Panday and Navya Naveli Nanda had a “crazy” time together. Kapoor took to social media to share photos from her girls’ night out where she was seen having fun. But his fun time took away his father Sanjay Kapoor’s night’s sleep.

Shanaya, along with Ananya and Navya had a photoshoot together where they did some wacky poses. As Ananya and Shanaya paired up in their black tops and blue jeans, Navya opted for a black jumpsuit for the night. Sharing the photos, Shanaya wrote, “my little crazy 😜❤️”

The photos of the three ladies were filled by the hearts of Fabulous Lives of Bollywood Wives stars Maheep Kapoor and Bhavna Panday. But it was Sanjay Kapoor’s comment on the photos that won the cake. He wrote: “Here is my sleep tonight.” Shanaya responded by saying, “@ sanjaykapoor2500 you can also go out and join.”

Shanaya will soon make her Bollywood debut under Dharma Productions by Karan Johar. Although details of the project have been kept under wraps, Sanjay Kapoor had confirmed that she would begin filming for the film in July.

Ananya is eagerly awaiting the release of the sports drama Liger, in which she stars alongside Vijay Deverakonda, and the untitled relationship drama by Shakun Batra, also starring Deepika Padukone, Siddhant Chaturvedi and Dhairya Karwa.

Navya Nanda has chosen to stay away from the film industry and wants to be an entrepreneur. She recently launched a virtual healthcare platform for women called Aara Health. She also launched Project Naveli, an organization dedicated to building gender equality in India.