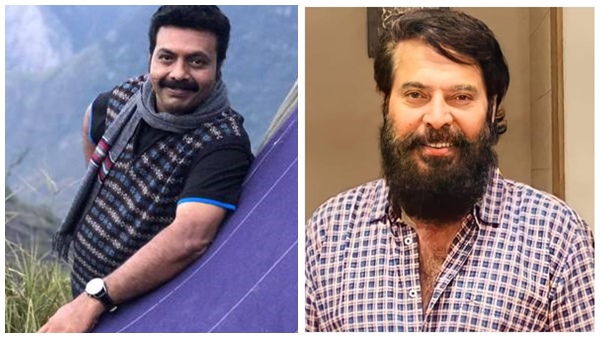 Viji Thampi’s Surya Manasam is a movie starring actor Mammootty in a different role as Putturumisa. The voice of that character was very different. Mammootty himself provided the voice for the character. However, in a few scenes, Shammi Thilakan has provided the voice for Puttur Mees. Shammi Thilakan has been called up to voice Raghuvaran, who plays the villain in Surya Manasam. So, while going to the studio and giving voice to Raghuvaran, the dialogue in one scene of Mammootty was simply told through the mic.

That scene was dubbed earlier by Mammootty. Viji Thampi, who was sitting on the studio’s console, suddenly called through the mic and asked if Shammi Mammootty had come. I said no. Viji Thampi said that he heard Mammootty’s voice. When I told him that I had said that dialogue, Viji did not say anything. So two or three days after finishing the dubbing and coming home, Viji Thampi’s phone rang.

Shammi, the dubbing seems to have some part to do. I was shocked. I looked at the dubbing script, finished my part and came back with it marked. I confirmed this. Then Viji Thampi said, not Raghuvaran’s dialogue. One or two scenes of Mammootty are left. It should come and be dubbed. I was shocked again. The adventure of dubbing Mammootty’s scene is not right. I asked if it was Mammootty. He urgently needs to go shooting. When Viji told me that I still had some part to pay, he said it would not be right and I would complain if I did that.

What we have to say …

Shammi Thilakan is one of the children of the immortal actor Thilakan. Although he started his career in acting, he has been working as a dubbing artist since the 1990s. Shammi first voiced Prem Nazir in the movie Kadathanadan Ambadi. Shammi was mostly voiced by actors from other languages. Most recently, Shammi Thilakan dubbed Tamil actor Prakash Raj in Odiyan.