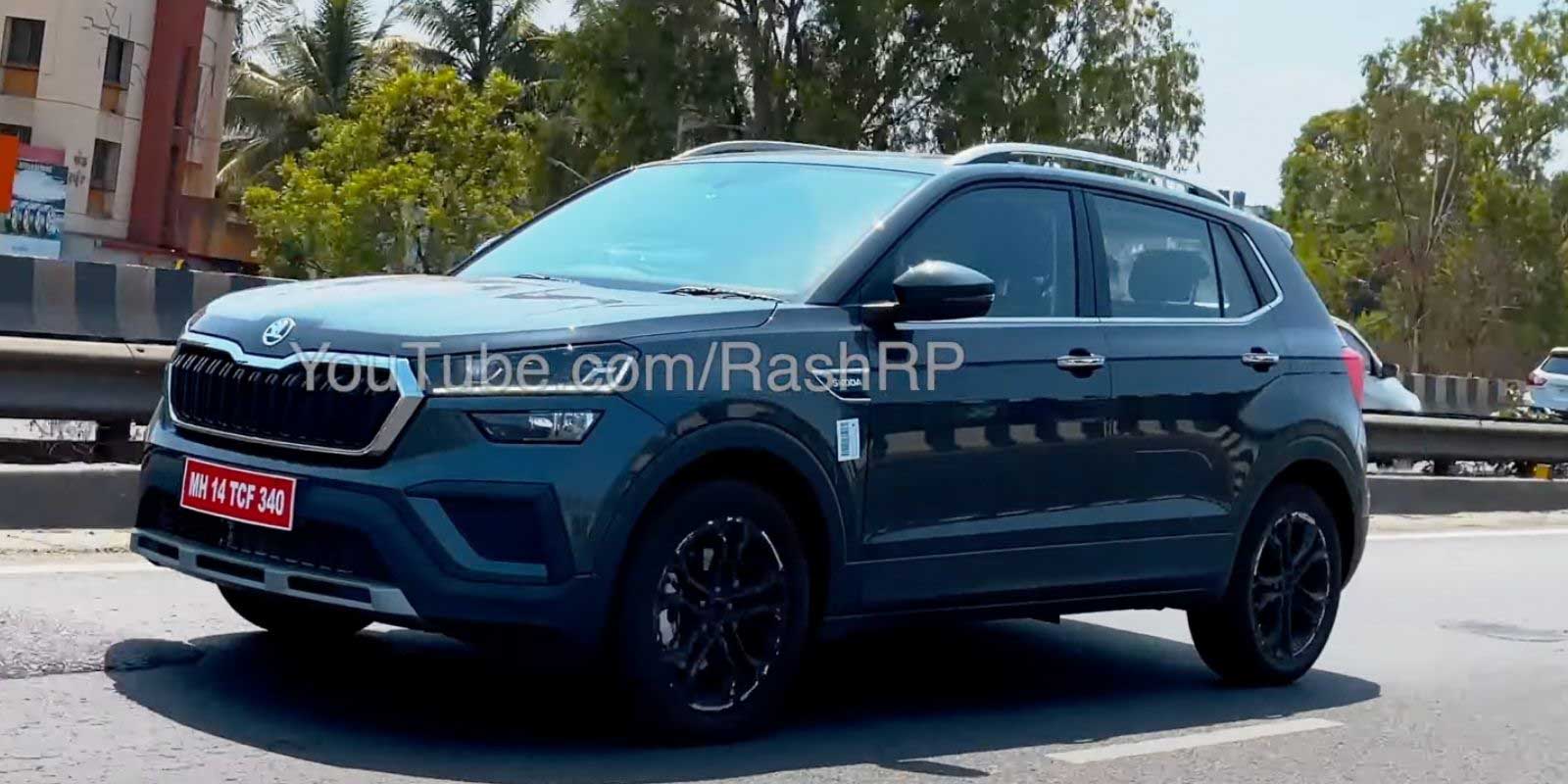 Skoda Auto India hosted the world premiere of the Kushaq last month and it will go on sale in the coming weeks. The five-seater car is of great importance to the Czech Republican automaker and is the first product to come out of the highly localized MQB A0 IN platform. Being the first product under the India 2.0 project, Skoda will aim for high volumes with it.

Around one billion euros has been invested over the past three years to evolve the new architecture, specific to India and Skoda will target the lucrative mid-size SUV segment comprising competitors such as Hyundai Creta, Kia Seltos, Tata Harrier, MG Hector, Nissan Kicks and Renault Duster with the Kushaq.

Although we have told you all about the upcoming SUV in previous posts, here we have a video of the Skoda Kushaq showing a strong presence on the road with its well-oriented design details and clean body lines on the sides. On the exterior, the Skoda Kushaq receives the signature black butterfly grille surrounded by chrome.

The slender headlight cluster has integrated L-shaped daytime running lights and the Skoda badge is mounted on the edge of the hood. You can also find a busy bumper with a large central air intake and a fake skid plate. Some of the other exterior highlights are the muscular shoulder lines, chrome window line and door handles, two-tone alloy rims and roof racks.

At the rear, the mid-size SUV features inverted L-shaped LED tail lights, SKODA lettering on the tailgate, rear spoiler, high-mounted brake light and sporty bumper with protective plate. As for performance, a 1.0 liter TSI turbo inline three-cylinder petrol engine is used, developing a maximum power of around 115 hp and 175 Nm of peak torque.

The 1.5-liter TSI inline-four petrol produces 150 hp and 250 Nm. As for the transmission, a six-speed manual will be supplied as standard while an AT six-speed torque converter in the 1 , 0-liter turbo petrol and a seven-speed DSG in the 1.5-liter petrol will be optional. The interior has a large 10.1-inch touchscreen infotainment system with Apple CarPlay and Android Auto wireless connectivity.