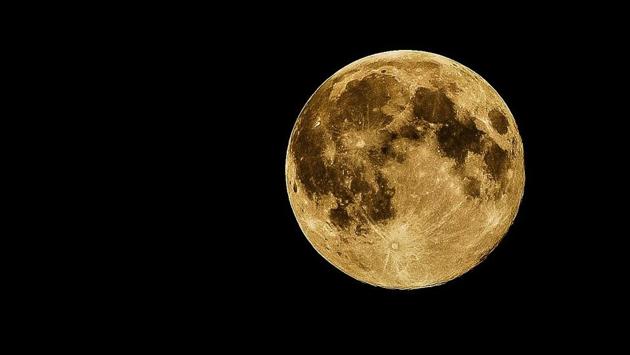 Scientists have confirmed, for the first time, the presence of water on the moon’s sunlit surface, a discovery that indicates that water molecules can be distributed over the lunar surface, and are not limited to cold and shady places as previously thought.

Using NASA’s Stratospheric Observatory for Infrared Astronomy (SOFIA), researchers, including those at the University of Hawaii in the United States, detected water molecules (H2O) in the Clavius ​​crater – one of the largest visible craters on Earth, located in the Moon. southern hemisphere.

While previous studies of the Moon’s surface, including those conducted during the Indian Space Research Organization’s (ISRO) Chandrayaan-1 mission, detected a form of hydrogen, scientists at NASA said that ‘they were unable to distinguish between water and its close chemical relative, hydroxyl OH).

Data from the current study, published in the journal Nature Astronomy, found that the Clavius ​​crater region contains water at concentrations of 100 to 412 parts per million – roughly equivalent to a 12-bottle. ounces of water – trapped in one cubic meter of soil has spread over the lunar surface.

For comparison, the researchers said the Sahara Desert contained 100 times more water than what SOFIA detected in the lunar soil.

“Before SOFIA’s observations, we knew there was some kind of hydration. But we didn’t know how many, if any,

were actually water molecules – like we drink every day – or something more like a drain cleaner, ”said Casey Honniball, lead author of the University of Hawaii study.

Despite the small amounts, they said the discovery raises new questions about how water is created and how it persists on the hard, airless lunar surface.

“We had indications that H2O – the familiar water we know – might be present on the sunny side of the Moon. Now we know it’s there. This discovery challenges our understanding of the lunar surface and raises intriguing questions about resources relevant to deep space exploration, ”said Paul Hertz, director of the astrophysics division of the scientific missions directorate at headquarters. NASA in Washington.

It remains to be determined whether the water found by SOFIA is readily available for use as a resource, the researchers added.

Scientists say SOFIA has offered a new way to look at the moon, flying at altitudes of up to 45,000 feet.

They said the Boeing 747SP airliner modified with a 106-inch-diameter telescope achieved over 99% of the water vapor in Earth’s atmosphere to get a clearer view of the universe’s radiation in the infrared wavelength.

Using its CAmera infrared Faint Object for the SOFIA Telescope (FORCAST), the researchers said SOFIA was able to pick up the specific wavelength unique to water molecules and found a relatively surprising concentration in the sunny Clavius ​​crater. .

“Without a thick atmosphere, the water on the sunlit lunar surface would simply have to be wasted in space. Yet somehow we see it. Something is generating water, and something has to trap it there, ”Honniball said.

Scientists believe that several forces could be at play in the distribution or creation of this water.

The researchers hypothesized that there could also be a two-step process by which the solar wind from the Sun delivers hydrogen to the lunar surface and causes a chemical reaction with the oxygen-containing minerals in the sol to create a hydroxyl.

Meanwhile, they said the radiation from the micrometeorite bombardment could turn this hydroxyl into water.

Commenting on how water was stored on the lunar surface, the scientists noted that water could be trapped in tiny pearl-like structures in the ground that form due to the high heat created by the impacts of micrometeorites.

Another possibility is that water could be hidden between grains of lunar soil and shielded from sunlight, potentially making it a bit more accessible than water trapped in pearl-shaped structures, they noted in a statement.

“This was, in fact, the first time SOFIA had looked at the Moon, and we weren’t even sure we were getting reliable data, but the questions about the Moon’s water forced us to try. Said Naseem Rangwala, the SOFIA project. scientist at NASA’s Ames Research Center in the United States.

“It’s amazing that this find came out of what was essentially a test, and now that we know we can do it, we’re planning more flights to do more sightings,” Rangwala added.

(This story was posted from an agency feed with no text editing.)