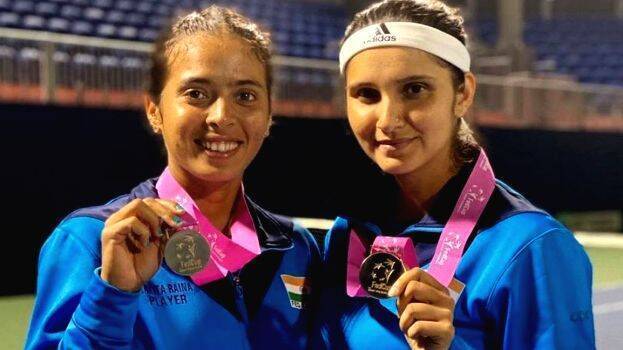 New Delhi: Sania Mirza and Ankita Raina will represent India in the women’s doubles at the Tokyo Olympics. The official confirmation came on Thursday. This is Sania’s fourth Olympics. With this, Sania became the first Indian woman to compete in four Olympics.

Union Sports Minister Kiran Rijiju congratulated Sania and Ankita on Twitter. “I wish all the best to Sania Mirza as she prepares for her fourth Olympics and may India be proud of the Sania-Ankita alliance,” he said. This is Ankita Raina’s first Olympics.

I congratulate @mirzasania and @ankita_champ, who will represent India in Women’s Doubles Tennis at # Tokyo2020 after entries were officially announced. This will be Sania’s 4th Olympics while it will be Raina’s debut. All the best to them. # Cheer4India pic.twitter.com/QsXITFzXd3