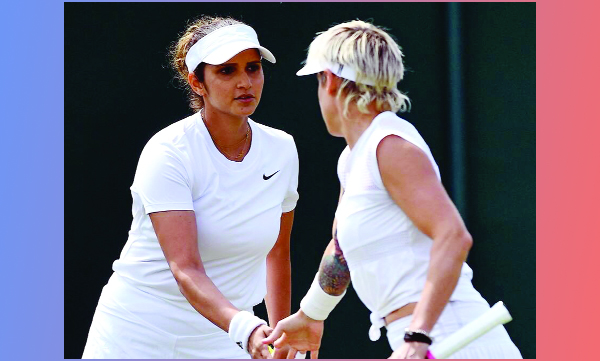 London: India’s Sania Mirza and US ‘Bethany Mattak-Sands advanced to the second round of the Wimbledon Tennis-Grand Slam women’s doubles.

Sixth-seeded U.S. Dezira Kravzic defeated Chile’s Alexa Gurachi. Score: 7-5, 6-3. The match lasted one hour and 27 minutes. In the men’s doubles, Rohan Bopanna and Dwivedi Sharan lost in the first round. They lost to Edward Roger Vaseline and Henry Kondian. Score: 6-7 (6), 4-6.

Sania is set to become the first woman to compete in four Olympic Games for India. Sania will leave her son Ishahan with relatives as it is forbidden to take family members to the Tokyo Olympics. Former Pakistan cricket captain Shuaib Malik will be accompanied by his son. Ishaan will turn three next October.