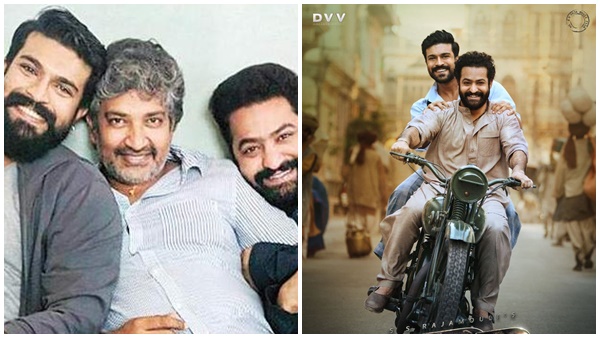 Rajamouli’s new film RRR starring Ramcharan and Jr. NTR in the lead roles. Director Rajamouli says dubbing in two languages ​​has been completed. Only two songs from the film remain to be shot. Junior NTR and Ram Charan have completed dubbing for RRR in two languages ​​and will be completed in the coming days, activists said.

The activists hoped that the shooting would be completed soon. At the same time, even before its release, the film had grossed crores of rupees. The Rs 450 crore film had grossed Rs 325 crore before its release. The film achieved this feat through digital satellite rights. Wright’s acquisitions include C5, Netflix and Stargroup. Apart from Tamil, Telugu, Hindi, Kannada and Malayalam, the film will also be released in foreign languages.

The film combines history and fiction. RRR stands for Blood, Roughness, and Death. The film resumes shooting in the first week of October after the Covid crisis. D.V.V. The film is produced by Danaiya. K. K. Senthilkumar is the cinematographer. Music: MM Keeravani. PRO Athira Diljith.