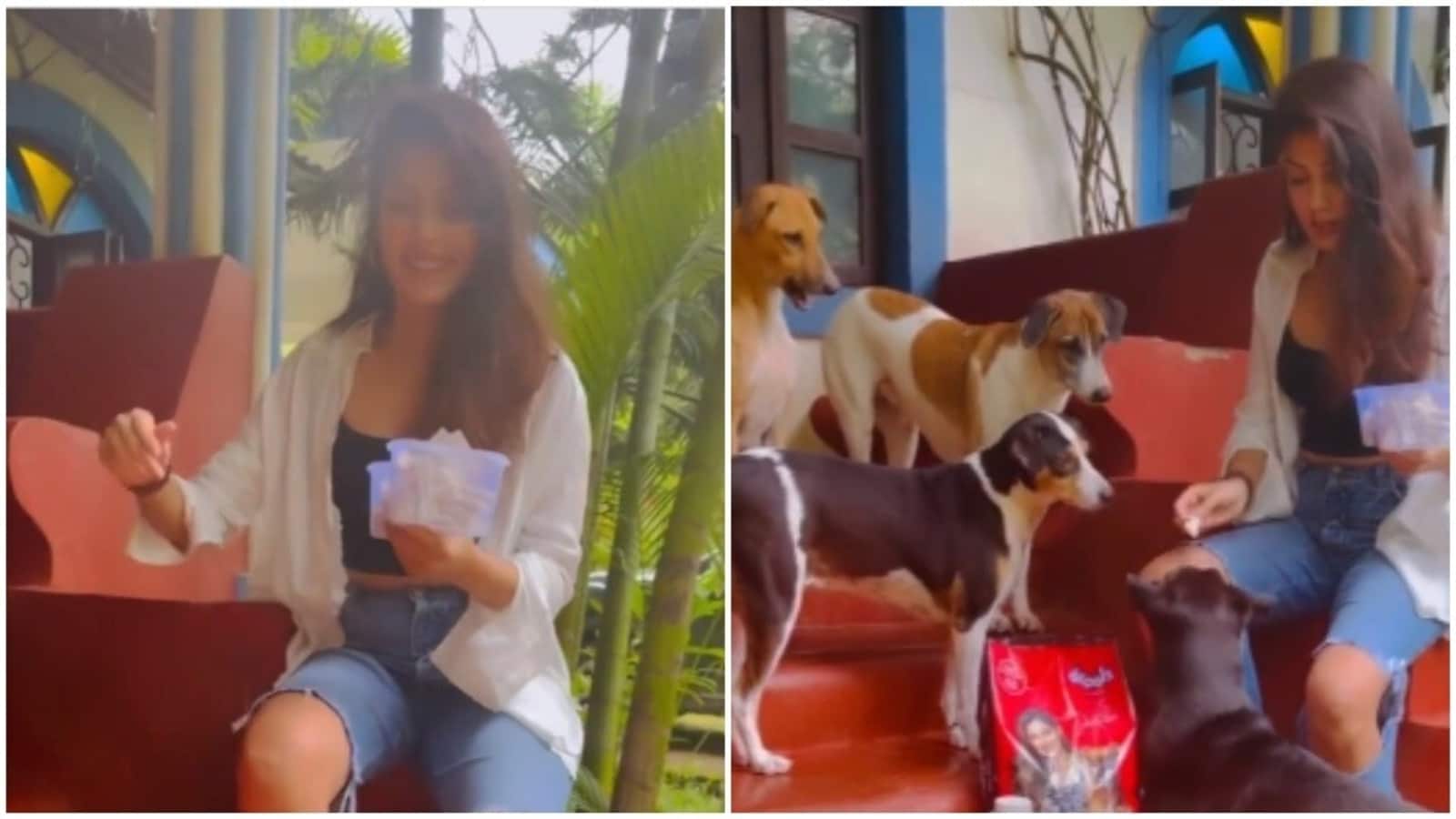 Actress Rhea Chakraborty shared a video clip on Saturday in which she is seen feeding stray dogs. In the clip shared as Reels on Instagram, Rhea sits on the ledge of a house’s stairs as several dogs surround her.

In the video, Rhea Chakraborty gives them snacks in a plastic container, one at a time, as they obediently wait their turn. She is seen wearing a white open shirt over a cropped black top and distressed demins. Rhea also has other dog foods near her.

Rhea can be heard saying “good boy”, “sweet” and “that’s so cute” in the video. She captioned the post, “PUPPY LOVE #feedthestrays.” Chicky Milky’s song That’s Just My Baby Doge played in the background.

Reacting to her post, actress turned entrepreneur Pia Trivedi wrote in the comments section, “I LOVE learning so much from this amazing species.” Rhea replied, “@piaparadise so proud of all the hard work you do for all of you those beautiful babies #animalshavefeelingstoo. ” Actress Eesha Agarwal said: “So adorable.”

The fans also showered her with love. One fan said: “Awww so cute Rhea di, I think you like dogs and puppies like me.” Another said, “Please do this daily. Feed their belly, they feed our hearts ”. “It’s beautiful,” commented another. “Good job rhea,” said one fan. Another said: “Great job, I am happy for you”.

Rhea rang her 29th birthday on July 1. On Instagram, she wrote a note thanking those who wished it on the occasion. “Thank you for all of your amazing birthday wishes and love, your love is healing .. carry on (sic),” Rhea had said, adding a folded hands emoji.

Rhea had faced allegations of complicity in suicide and money laundering after the death of her boyfriend, actor Sushant Singh Rajput. The deceased actor’s father filed an FIR against her and her family. She was investigated by CBI, ED and NCB before being jailed in a drug-related case. After her release, she had kept a low profile on social media. Rhea ended her social media hiatus with a Women’s Day post.

She is also expected to return to the big screen with Chehre. Directed by Rumi Jaffery, the film also features Amitabh Bachchan and Emraan Hashmi.