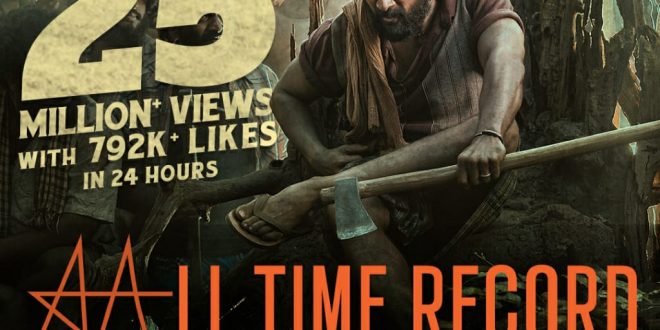 Pushpa’s teaser – featuring Pushpa Raj – received an overwhelming response from all corners and it garnered record views and likes on digital platforms. Allu Arjun’s teaser recorded over 25 million views and over 792,000 likes in 24 hours. It is said to be the first such feat by a Telugu cinema to record such record views and likes. Like today, the Pushpa teaser is still trending on YouTube and it has recorded over 34 million views and over 1 million likes on the platform.

Naturally, that thunderous response to the teaser made Bunny pretty happy. Sources close to the star have confirmed it is on cloud nine. Allu Arjun, who celebrated his birthday on April 8 with closed doors at his home, greeted fans waiting at his residence. He did his best to make this anniversary a memorable one.