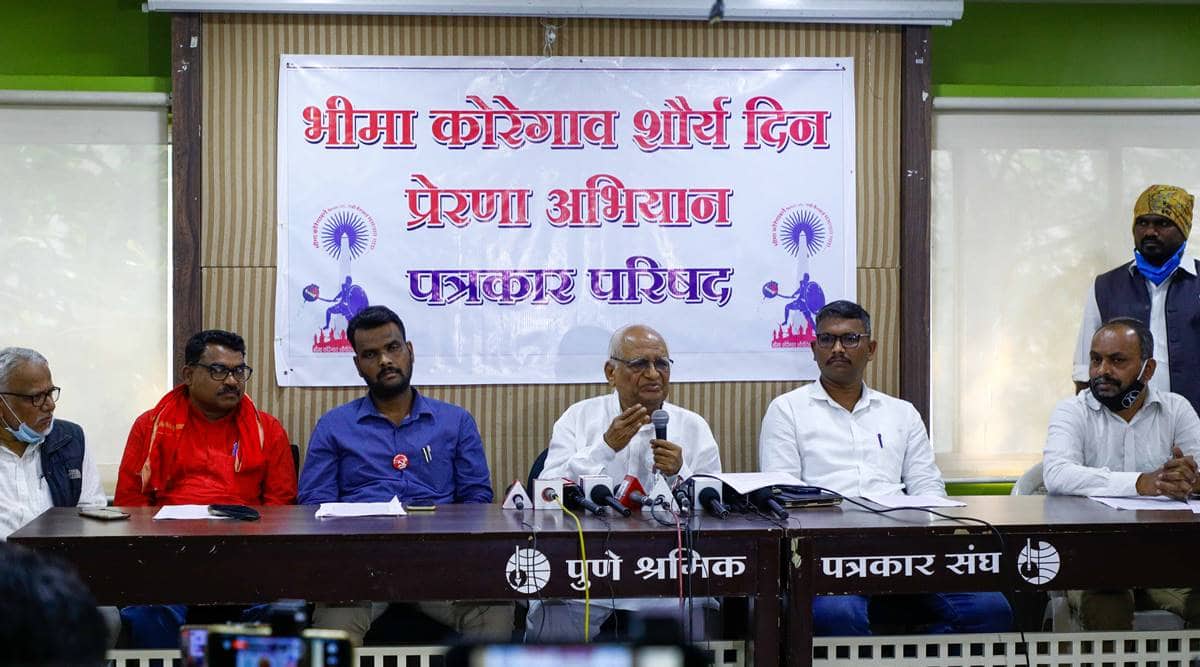 Previously, on December 20, members of Bhima Koregaon Shaurya Din Prerna Abhiyaan – an umbrella organization of various organizations that had organized Elgaar Parishad on December 31, 2017 – with retired judge BG Kolse Patil, also one of the organizers of the 2017 conference, had held a meeting in Pune. They had decided to organize another Elgaar Parishad on Thursday, December 31, on the eve of the 203rd anniversary of the Battle of Bhima Koregaon on January 1.

Addressing a press conference in Pune on Thursday, Judge (ret’d) Kolse Patil said: “The goal of organizing Elgaar Parishad has always been to focus politics on the basic needs of ordinary citizens, as well. only on health and education, and far from casteism, communitarianism and religious divisions. We were not able to hold it on December 31st as planned, so we will now hold it on January 30th, at the Ganesh Kala Krida Manch auditorium in Pune. And if not, we’ll hold it in the streets. If we are not allowed to do so, we will fill the prisons. “

Akash Sabale, another member of the forum, said: “We have now planned to hold the Elgaar Parishad on January 30 at Ganesh Kala Krida Manch and have made a request in this regard as well. The date coincides with Rohith Vemula’s birthday. The conference will be held from 11 a.m. to 10 p.m. and will be addressed by a large number of social activists and opinion leaders from across the country.

Bhima Koregaon Shaurya Din Prerna Abhiyaan organized the 2017 Elgaar Parishad at Shaniwar Wada in Pune on December 31. The next day, January 1, 2018, violence was reported in the Koregaon Bhima area, in which one person was killed and several others injured. Pune police claimed “provocative” speeches at the conference were among the factors leading to violence in Koregaon Bhima and arrested several human rights activists from across India in connection with the case. .

The Elgaar Parishad case, currently under investigation by the national investigative agency, led to the arrest of the organizer Sudhir Dawale and several activists including Sudha Bhardwaj, Gautam Navlakha, Varavara Rao and Stan Swamy, for their alleged links with the banned CPI-Maoist.

Siddharth Dive, another member of the organization who addressed the press conference, said: “January 30 is also the day Nathuram Godse shot Mahatma Gandhi down… it can be called the first act of terrorism in the country. The conference will also be in solidarity with the thousands of farmers protesting against agricultural laws introduced by the government. We will also demand the release of 16 activists currently imprisoned in a bogus case, and the arrest of the real culprits Milind Ekbote and Sambhaji Bhide.

Activist Harshali Potdar, one of the organizers of the 2017 conference, and one of the defendants in the Elgaar Parishad case, was also present at the press conference.